DVD Review: LIE TO ME: SEASON ONE 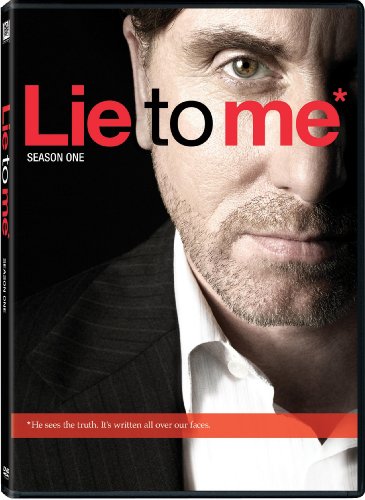 The first season of this new show wouldn't be what it is without great work by Tim Roth, and now that it's out on DVD, I'm looking forward to delve deeper into the storyline.

Tim Roth made a huge name for himself way back in 1994Ēs Pulp Fiction. HeĒs enjoyed an illustrious career since, appearing in numerous high-profile films. Yet, recently, Roth has been virtually non-existent, with only his villainous turn opposite Edward NortonĒs The Incredible Hulk and his performance as director Michael HanekeĒs punching bag in Funny Games U.S., at the tip of my brain. Roth is back in the mind of the mainstream, though, thanks to his starring role in the new Fox TV series Lie to Me. The show was a successful mid- season entry early this year, and itĒs just over a week away from the season two premiere. If you didnĒt catch these shows the first time around, Fox delivers Lie to Me: Season One via a nice 4-disc set that allows everyone to play catch-up and prepare for the new batch of episodes.

Roth is Dr. Cal Lightman, an expert in deception that makes his living as a consultant to numerous law enforcement agencies. His amazing ability to read facial expressions and body language is his bread and butter, causing most of the people he catches in various lies, to consider him a human polygraph test. Lightman is joined by psychologist Dr. Gillian Foster (Kelli Williams), Eli Loker (Brendan Hines), and Ria Torres (Monica Raymund). LightmanĒs once fledgling operation continues to grow, and working amid a world full of liars ensures that there will always be truths to uncover.

The premiere episode finds The Lightman Group almost literally picking the brain of a student who was seen leaving the murder scene involving a dead teacher. Not ones to rest on their laurels, the team also investigate a case involving a politician whoĒs been accused of paying for sex. In Moral Waiver, Ria and Cal tackle a military case involving a female soldier who has accused her commanding officer of sexual assault. Cal eventually gets the truth out, and we move on to A Perfect Score, during which he heads to a super-competitive high school to interview the friends of a murdered daughter of a federal judge.

The fourth episode, Love Always, gives the show an international flavor as the GroupĒs next case involves their trip to a South Korean state wedding. TheyĒre there to prevent the assassination of a South Korean ambassador, but when someone else is shot, Cal must figure out who the right person is to get the truth out of. Unchained leads Ria and Cal to question a former gang leader who claims to be rehabilitated, and Do No Harm finds Gillian and Cal on the trail of an 11-year-old girl who has disappeared and is believed to have been murdered. In The Best Policy, Cal goes hunting for a spy at a pharmaceutical company, but instead turns up a conspiracy involving a potentially harmful drug.

Next, in Depraved Heart, the team lends their support to a group thatĒs been taken for millions of dollars, while Cal, himself, investigates the much bleaker case of two women who committed suicide. After Cal and company try and save three men trapped inside a collapsed building, Lie to Me gets a guest star in the episode, Better Half that takes the show up a notch. That actor is Jennifer Beals, who plays CalĒs ex-wife, Zoe Landau, who needs his help with an arson case, but probably has an ulterior motive on her mind. Beals brings an extra edge to the proceedings in this episode, but the next two, Undercover and Blinded are lacking. SheĒs back for the season finale, Sacrifice, which does a fine job of setting up an interesting direction that hopefully the writers of Lie to Me choose to take the series in. FoxĒs 4-disc set is a nice one, with nice audio and video, as well as a decent collection of extras to boot.