DVD Review: THE TREE THAT REMEMBERS 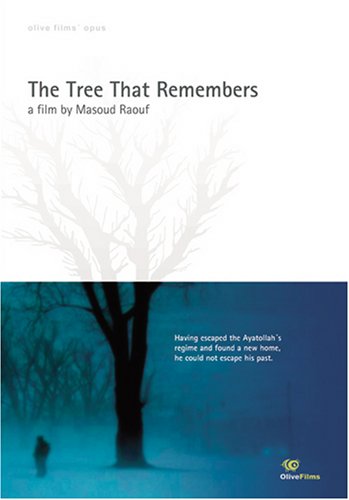 A documentary look at the continuing cross-continental psychological impact of political upheaval in Iran.

How can one face unspeakable horrors and then go on? Many do, but some can't—the launching point of this documentary isn't entirely unlike the awful death of Primo Levi, the Holocaust survivor who, four decades after being liberated from the camps, took his own life. Here we get a look at a less publicized but no less calamitous set of historical atrocities—this is a look at the Canadian expatriate community of Iranian refugees, who fled the Islamic revolution that overthrew the Shah and brought the Ayotollah Khomeini to power. The director, Masoud Raouf, is a member of this fierce if small community, and, according to the opening of the film, was prompted to investigate by the accounts of a 1992 suicide of an Iranian student in Ontario.

We find out kind of quickly that there's a little bit of bait and switch in the setup, though—it's not a film at all about the young man who took his own life. Which is fine, it doesn't have to be&#8212but it does sort of make us feel that something is being misrepresented to us. And that's too bad, because at its best this is a film about bearing witness, about the power of memory, and the stories that the survivors have to tell are harrowing for them to relate and close to unbearable for us to listen to. (It's hard not to draw unflattering comparisons with a documentary like Taxi to the Dark Side, which takes the death of one individual, in an Afghan prison, as proxy for American involvement in torture during the Bush years; it also provides an answer to the mystery it poses.)

You cannot watch and have anything but solemn respect, and want to honor the experience and the bravery of those telling their stories. But you also may find yourself asking: why are these people being put through this again? Is there historical or cinematic value to the exercise? I'm not sure that there is, but what may be most interesting are their accounts of dealing with the despair, with the emptiness of the aftermath. You can see how the possibility of suicide could be a very present one.

The film, less than an hour, comes with some brief extras, principally a discussion (14m:05s) with the director and a couple of academics about the historical circumstances discussed. Also there's brief biography of Raouf, a photo gallery featuring both historical shots and snaps from production, and an essay on the film by Shokoufeh Sakhi.