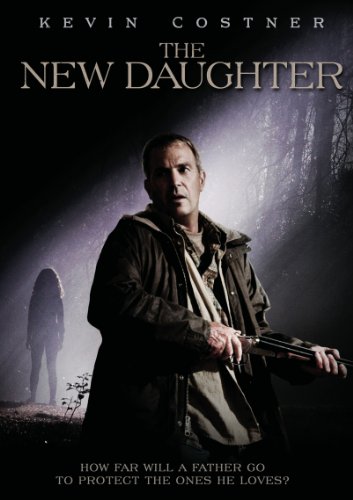 Kevin Costner's been out of the Hollywood limelight for a few years now, but this new, basically direct-to-DVD feature has the feeling of a desperate attempt to recharge his acting career.

What to make of the current state of Kevin CostnerĒs careerųthat is the proverbial elephant in the room. This is the same actor who was already fairly beloved by American audiences (thanks to hits like The Untouchables, Bull Durham, and Field of Dreams) before starring in AND directing Dances with Wolves. That epic would go on to win seven Oscars, including Best Picture and Best Director, and would catapult CostnerĒs career into an even higher position that it already resided in. He rode that momentum into more and bigger box office success for the likes of Robin Hood: Prince of Thieves and The Bodyguard, but then a little flop named Waterworld came along and began CostnerĒs career on a downward slope. Now, 20 years after Dances, this once- heralded actor has been relegated to making direct-to-DVD (despite the epitome of a limited theatrical release) movies like The New Daughter. Unfortunately, it isnĒt long into this 2009 mess that we realize Costner would be better off laying low than making this the first in a potentially long line of forgettable films.

John James (Costner) is a divorced writer whose wife has left him to care for their two children, Louisa (Ivana Baquero) and Sam (Gattlin Griffith). John decides to move to a seemingly quiet burg in South Carolina, but it isnĒt long before he notices that Louisa isnĒt exactly acting like herself. Sam isnĒt exactly comfortable in their new surroundings either, but LouisaĒs initial discomfort soon resembles something similar to possession of some sort. John enlists the aid of new friend and school teacher Cassandra Parker (Samantha Mathis), who believes LouisaĒs actions to be typical of a girl her age. However, strange noises and sightings around the house lend themselves to a different explanation entirely, but it might be too late for John and his family.

Ok, so weĒve seen countless ņthrillersŅ recently, so we all know the drill, but it becomes painfully obvious from frame one why The New Daughter never got a chance to make a splash in multiplexes. The flick is a total snooze fest right from the get-go, only to finally pick up and become interesting at the 90-minute mark. If this was a three- hour epic, this wait for action might be tolerable, but when we finally see what Costner and company are up against with a mere 18 minutes left in the film, itĒs far too late. Still, if youĒre going to give this opus a chance, just skip to the 90-minute mark and enjoy some truly dark stuff. Of course, the overwhelmingly bleak ending probably didnĒt help the flick into a wide theatrical release either, but kudos to director Luis Berdejo (co-writer of the far superior [Rec]) for going all out with the gloom and doom.

The acting is bottom-of-the-barrel at best, and saying that Costner is sleepwalking through his role is a huge understatement. It really is incredible just how much of a stiff (and, no, that isnĒt a spoiler) Costner is, delivering his lines in a way that would make Pinocchio feel less wooden, and seeming totally disinterested in the proceedings. Much of his performance is laugh-out-loud kind of stuff (including his ultra-unbelievable calling out for an AWOL housecat), but weĒre always laughing at him and never with him. Complementing CostnerĒs awfulness is Baquero, a young actress who wowed us at her professionalism as the star of PanĒs Labyrinth a few years ago. Here, sheĒs as wooden and listless as Costner, which certainly wonĒt make audiences even remotely frightened by her strange character.

ItĒs not exactly a shock in todayĒs original idea-challenged Hollywood when a new movie borrows ideas from past efforts, but in the case of The New Daughter, thereĒs a new influence at every turn. ThereĒs shades of The Exorcist, Signs, Orphan, and even The Descent, but each and every reference not only comes across as shameless idea-stealing, yet none of them help the overall story out in any way. Also, aside from the underdeveloped main characters, there are plenty of supporting players involved that are totally underutilized. The Cassandra character shows up in a few scenes as a potential love interest for John, then is virtually forgotten (although she is given a final scene). An even bigger crime is the casting of venerable character actor Noah Taylor (Max, The New World) as a professor who pops in for a few minutes than disappears from the story without any explanation as to why. Even this DVDĒs seemingly endless Deleted Scenes package barely gives us a further look at these characters, which only strengthens the stance that The New Daughter is a film that truly needed much more work and rethinking.