Oscar®-nominated earlier this year in the category of Best Documentary (Short Subject), The Last Campaign Of Governor Booth Gardner chronicles his controversial crusade, looking at both sides of this hotly debated issue, when it debuts WEDNESDAY, OCT. 27 (8:00-8:45 p.m. ET/PT), exclusively on HBO2.

In 1994, a year after serving two terms as one of the most popular governors in modern Washington State history, Booth Gardner was diagnosed with Parkinson's disease. In 2008, as his health continued to deteriorate, he returned to the political spotlight, this time as the driving force behind a ballot initiative that would legalize one's choice to die.

Oscar®-nominated earlier this year in the category of Best Documentary (Short Subject), The Last Campaign Of Governor Booth Gardner chronicles his controversial crusade, looking at both sides of this hotly debated issue, when it debuts WEDNESDAY, OCT. 27 (8:00-8:45 p.m. ET/PT), exclusively on HBO2.

Other HBO2 playdates: Nov. 9 (5:00 p.m.) and 18 (1:15 p.m.)
Directed by Daniel Junge (the Emmy®-nominated 2009 HBO2 documentary "They Killed Sister Dorothy"), The Last Campaign Of Governor Booth Gardner tracks Gardner and his supporters in their efforts to pass Initiative 1000, also known as the Death with Dignity Act, in Washington State, following the debates the campaign provokes, as well as the toll it takes on Gardner's health. Along with Gardner and his supporters, Junge and his crew had extensive access to opponents of I-1000, including local activists Duane French, head of the Washington chapter of Not Dead Yet, Eileen Geller of the Coalition Against Assisted Suicide and Sister Sharon Park of the Washington State Catholic Conference. 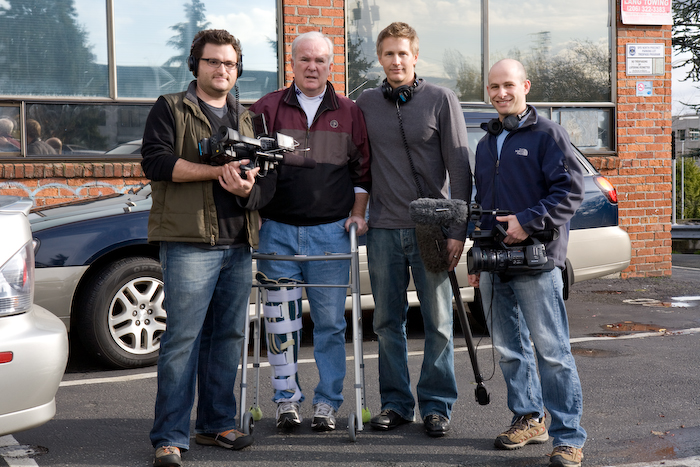 This intimate, thought-provoking documentary visits the former governor at his home near Tacoma and follows him around the state during the campaign. Admitting, "Not a day goes by that I don't think about death," Gardner has a difficult time walking and moving, and his speech is becoming slurred. But with the help of "Yes-on-I-1000" campaign manager Alex Morgan and political strategist Dia Armenta, he mounts a statewide campaign to generate the 225,000 signatures necessary to get the initiative on the November ballot, ultimately obtaining 320,000.

"I love Booth Gardner," says Duane French, who is a quadriplegic. "His life has changed dramatically, and I fully appreciate the sadness and the loss and the sorrow in that. But it doesn't mean that people with less influence and with fewer opportunities should put their lives at risk." Adds Eileen Geller, "When you pass a law whose end result is a prematurely and unnaturally dead person, it puts many more people at risk than the few folks with extreme control."

Despite highly organized opposition, including the Catholic Church (which has helped defeat 17 similar initiatives in other states), Initiative 1000 passes with 58% of the vote in Nov. 2008. In a prepared speech on election night, Gardner says, "My feelings about this evening and about our campaign are bittersweet. I no longer have the capacity to engage full speed and that is the only way I know how to go about things. So while this is my final campaign, I expect all of you to have many more campaigns." 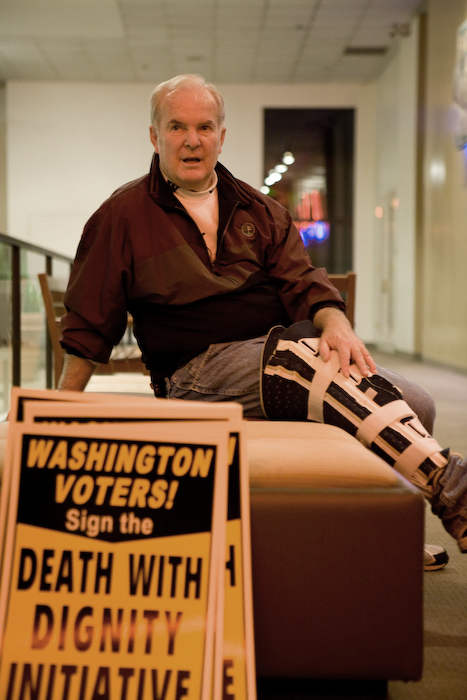 Linda Fleming, a 66-year-old woman with pancreatic cancer, became the first person to use Washington's Death with Dignity law on May 21, 2009. Booth Gardner continues to live in Tacoma.