Nothing goes together like artists and revolution!
Facets leads the revolution with April DVD releases

Rene Magritte's little men with bowler hats and black umbrellas are instantly recognizable, but what really made this French artist tick? Find out with Magritte: Day & Night

. In their experimental films, legendary filmmakers Lawrence Jordan and James Broughton used cinema as a medium of personal expression—in the same vein as painters and sculptors. Their contributions to film and art history are given their due with the exclusive Facets two-pack, AMERICAN AVANT-GARDE. With Egypt and the Middle East poised for a new destiny, the world seethes with revolutionary fervor. Uncover the impact of political dissent in previous eras with the exclusive Facets two-pack YOU SAY YOU WANT A REVOLUTION. Art and politics too heavy for you? Then relax with STUHR IT UP: THREE FROM ACTOR-DIRECTOR JERZY STUHR. A brilliant comic actor, Stuhr was one of Poland's top box-office draws in the 1980s and 1990s, straddling both the communist and post-communist eras. 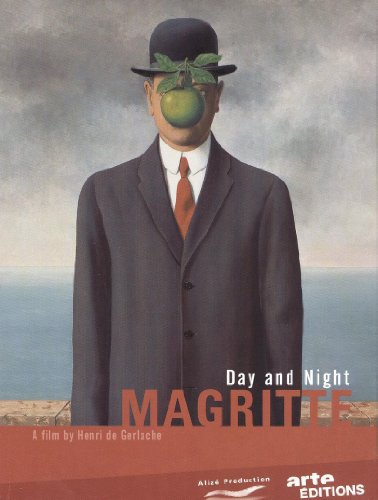 The Mystery That Is Magritte

"My painting is visible images which conceal nothing; they evoke mystery and, indeed, when one sees one of my pictures, one asks oneself this simple question 'What does that mean?' It does not mean anything, because mystery means nothing either, it is unknowable."
—Rene Magritte

As mystifying and peculiar as his work, Rene Magritte painted in a style that was at once real and surreal, witty and disturbing. His enigmatic nature and amazing career deserve more than a routine documentary, and director Henri de Gerlache is up to the task. In this informative but unusual film, Charlie Dupont plays an actor hired to portray Magritte. He researches the artist's life and career, hoping to uncover his personality and unlock the meaning to his paintings. As the actor digs into Magritte's life story, we learn the highs and lows of the painter's career. The dramatic narrative is intercut with comments and interviews with art historians and experts, including photographer Duane Michals. A clever interpretation of one of the 20th century's most recognizable painters.

"If I'd have to name one dozen really creative artists in the independent (avant-garde) film area, I'd name Larry Jordan as one. His animated (collage) films are among the most beautiful short films made today. They are surrounded with love and poetry. His content is subtle, his technique is perfect, his personal style unmistakable." —Jonas Mekas

"[James Broughton's] films are celebrations on the joys of living." —Jonas Mekas 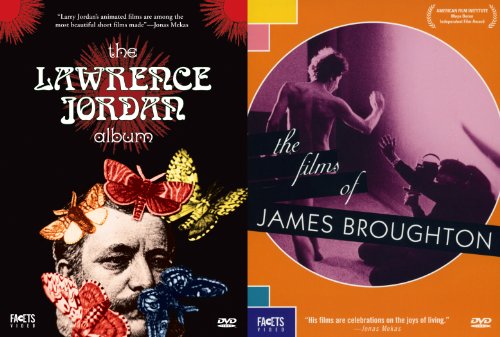 The life's work of two legends of the avant-garde cinema is included in this 7-disc collection from Facets. Lawrence Jordan's collage-style animation, which influenced the early work of Terry Gilliam, among others—combines 19th-century engravings, symbols, icons, and modern imagery to construct elegant, dream-like stories that enchant and enthrall. This collection includes Jordan's masterpiece of cut-out animation, The Rime of the Ancient Mariner, with Orson Welles reading the text. The very personal work of James Broughton opened the door for diary films with an eye toward the erotic and the poetic. Broughton's films are a paean to the decade of the 1960s, with its emphasis on freedom—and free love.

AMERICAN AVANT-GARDE: THE LAWRENCE JORDAN ALBUM and THE FILMS OF JAMES BROUGHTON

Get Radical with YOU SAY YOU WANT A REVOLUTION

Sometimes, the camera is as powerful as a gun, and the films in this exclusive two-pack—titled YOU SAY YOU WANT A REVOLUTION—vibrate with radical zeal.

A biting satire on class and politics, BRIGANDS CHAPTER VII jumps through time to transport a wealthy king, who has been cuckolded by his wife, to the Depression and then to modern-day Paris, where the rich are...well, still rich. Chico, a globe-trotting journalist-turned-freedom fighter, takes up arms during the break-up of Yugoslavia. Escaping from Pinochet's Chile, he fights his way through Hungary, Russia, Albania, Israel, and Croatia, until he ends up in the bloody Balkan War during the 1990s.

BRIGANDS CHAPTER VII. Written and directed by Otar Iosseliani. With Amiran Amiranashvili. Produced by Pierre Grisse Distribution and others.
France/1996/Color/Fullscreen/129 mins. In Georgian and French with English subtitles.

Jerzy Stuhr has written, directed, and starred in some of his country's most popular movies. Well-known for his wry, character-driven humor, Stuhr is a beloved actor in his Poland, where he also acts in dramas, teaches acting, creates for the stage, and dubs the voice of the Donkey in the Polish releases of the Shrek movies. Get to know this much-admired Polish treasure with STUHR IT UP: THREE FROM ACTOR-DIRECTOR JERZY STUHR, including:

In Forecast for Tomorrow, Stuhr plays a Solidarity member who disappears to live as a monk during the communist era. Years later, his wife and son spot him singing at a street festival and expose his true identity.
List of Lovers features Stuhr as a hapless professor who is roped into showing a visiting Swedish professor around Krakow. His randy Swedish counterpart pushes Stuhr into walking on the wild side.

· Love Stories is Stuhr's quartet of intertwining tales of love and romance, with his Everyman character in the center