Program Synopsis In the mid-1960s, New York created police vice squads to raid gay bars and baths. Hounded by an aggressive police force, a semblance of normalcy could be found in a Mafia-run gay bar in Greenwich Village called the Stonewall Inn. When police raided Stonewall on June 28, 1969, gay men and women did something they hadn't done before: they fought back

examines the Stonewall riots in New York City that marked the beginning of the Gay Rights movement in the United States. "STONEWALL UPRISING" presents first-hand testimonies of this pivotal event while revisiting a time when homosexual acts were illegal and homosexual behavior was considered to be a mental illness by many psychologists. In this 90-minute film, eyewitness accounts and rare archival material bring this event to life. 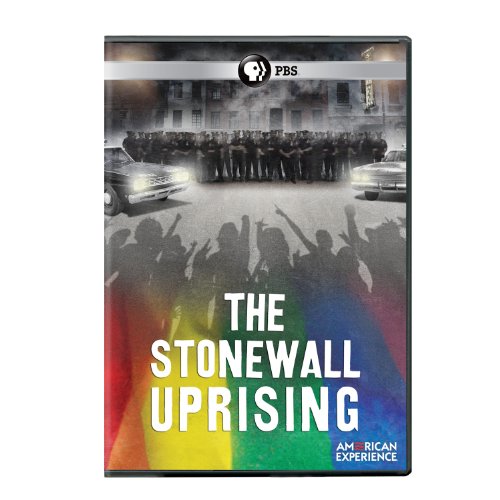 This documentary will be available on DVD for a suggested retail price of $24.99.

Program Synopsis In the mid-1960s, New York created police vice squads to raid gay bars and baths. Hounded by an aggressive police force, a semblance of normalcy could be found in a Mafia-run gay bar in Greenwich Village called the Stonewall Inn. When police raided Stonewall on June 28, 1969, gay men and women did something they hadn't done before: they fought back.

Previous raids of the Stonewall were resolved peacefully, but the raid on June 28th was different as patrons resisted arrest and the police quickly lost control of the situation. For the first time ever, patrons refuse to be led into paddy wagons, setting off a violent uprising that launched the gay rights movement.

Told through interviews with Stonewall patrons, reporters and the policeman who led the raid, Stonewall Uprising recalls the fervently hostile climate that gays were forced to live in, when public service announcements warned youngsters against predatory homosexuals, respected news outlets reported on the "homosexual problem," and police entrapment was rampant. Being arrested could cost one their livelihood since licenses to teach, practice law or medicine or even cosmetology, were frequently denied or revoked.

But 1969's so-called "Summer of Love" would be a time of radical change across America including within the gay community. Once the dust settled from the Stonewall riots, the world realized a movement had been born. Exactly one year later, America saw its first Gay Pride Parade as thousands marched up Sixth Avenue. Says a man who was part of that historic day, "It's very American to say 'this is not right.' It's very American to say, 'you promised equality, you promised freedom.' And, in a sense, the Stonewall riots said, 'deliver on the promise.' So, in every Gay Pride Parade every year, Stonewall lives."

About AMERICAN EXPERIECE Television's most-watched history series, AMERICAN EXPERIENCE has been hailed as "peerless" (Wall Street Journal), "the most consistently enriching program on television" (Chicago Tribune), and "a beacon of intelligence and purpose" (Houston Chronicle). On air and online, the series brings to life the incredible characters and epic stories that have shaped America's past and present. Acclaimed by viewers and critics alike, AMERICAN EXPERIENCE documentaries have been honored with every major broadcast award, including fourteen George Foster Peabody Awards, four duPont-Columbia Awards, and twenty-seven Primetime and Creative Arts Emmy Awards, one most recently in Outstanding Directing Nonfiction for My Lai.

About PBS Distribution PBS Distribution is the leading media distributor for the public television community, both domestically and internationally. Jointly owned by PBS (Arlington, VA) and WGBH (Boston, MA), PBS Distribution extends the reach of public television programs beyond broadcast while generating revenue for the public television system and our production partners. PBS Distribution offers a diverse range of programming to our customers, including Ken Burns's films (The National Parks, The War, Baseball, Jazz, The Civil War), documentaries from award-winning series NOVA (The Elegant Universe, Origins, The Miracle of Life), FRONTLINE (Bush's War, Growing Up Online), and American Experience (We Shall Remain, Jonestown, New York), dramas from Masterpiece (Jane Eyre, The Inspector Lynley Mysteries), films from independent producers (Latin Music USA, The Botany of Desire, The Story of India, Journey into Buddhism, I.O.U.S.A.), and popular children's programming from Dinosaur Train,Super Why!, WordGirl, Cyberchase, Martha Speaks, Caillou and Arthur.