PR: Capadocia: A Place Without Forgiveness, Season 1 on DVD May 24

Life Can Change You In An Instant

Capadocia: A Place Without Forgiveness, Season 1

Available on DVD May 24 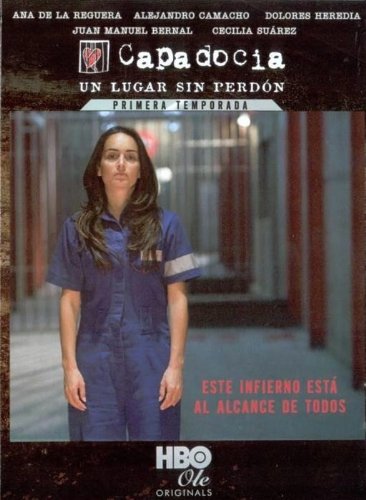 Synopsis:
To restore order in the prisons of Mexico City it will become necessary to undertake urgent reform. Such reform will come at a great cost to those unfortunate prisoners forced to serve as test subjects in a new prison privately referred to as “the place without forgiveness.” Devised by a group of greedy businessmen who bribe the government with the promise of cheap forced labor, this experimental prison soon attracts unwanted attention, particularly from social activists. One activist in particular, Teresa Lagos, struggles to outsmart Federico Marquez, a lawyer hired to ensure the commercial viability of the new prison. In order to defeat his opposition, she incites a riot in one of the older jails. This forces the Mayor of Mexico City, Santiago Marin (Teresa’s former husband), to immediately open the doors of Capadocia. And thus begins a journey into a hell that knows no bounds, and has no exits.

Capadocia: A Place Without Forgiveness, Season 1

MAYA ENTERTAINMENT | www.maya-entertainment.com
Maya Entertainment Group, Inc. is an independent multi-platform content/distribution company that has established itself as the leader of media product that appeals to the “new mainstream” of American Latino and Multi-cultural audiences. Led by entertainment industry pioneers, Moctesuma Esparza (Selena, Gettysburg) and Jeff Valdez (Sí TV, QuePasa.com), Maya Entertainment has established a library of over 100 titles, which are carried in retail, rental, and VOD, and are sold to foreign markets by Maya International Distribution. Maya is constantly expanding its reach via evolving distribution technologies. Recent theatrical and home video releases include the Official 2010 Sundance selection The Dry Land, starring America Ferrera, Jason Ritter, and Wilmer Valderrama; the action-drama Across the Line starring Aidan Quinn, Mario Van Peebles, and Andy Garcia; and Sins of My Father (Pecados de mi Padre), the true story of Pablo Escobar, the infamous boss of Colombia’s Medellin drug cartel, as told through the eyes of his son. Coming soon from Maya are Sympathy for Delicious, directed by and starring Mark Ruffalo, Orlando Bloom, Laura Linney and Juliette Lewis; and Without Men, starring Eva Longoria Parker, Christian Slater and Oscar Nunez.