The story of William & Kate in Lifetime original movie. Billy the Exterminator returns to the wilds and swamps of Louisiana in Season 3. Explore the controversial theory that extraterrestrials have visited Earth for millions of years in Ancient Aliens Season 1. Underwater Universe: The Complete First Season goes deep to explore undersea forces that have brought terror and destruction to our planet throughout history. Dog the Bounty Hunter: This Family Means Business includes eight top-rated episodes. 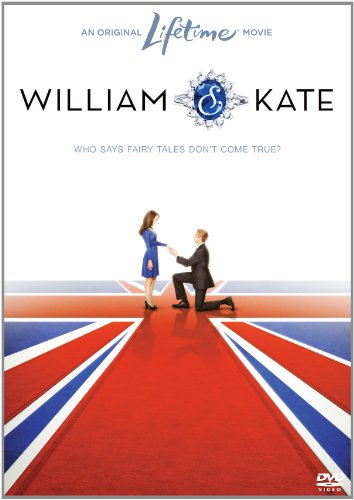 How did Kate Middleton, an ordinary British girl, come to be Prince William's intended? Over an eight-year courtship, her warmth, humor, and grace under pressure convinced him she was the one. From University to the altar, join A&E Home Entertainment and Lifetime for this true life making of a Princess.

THE SNAKES ARE DEADLY, THE GATORS ARE ANGRY, THE BEES ARE SWARMING, AND THE CRITTERS ARE ON THE LOOSE -- BUT BILLY IS ALWAYS READY FOR BATTLE IN THE LATEST DVD INSTALLMENT OF THE TOP-RATED A&E SERIES!

Whether he's out-foxing a fox or trapping a giant wild boar, Billy Bretherton, the head of Vexcon, Louisiana's best-known pest control company, comes to the rescue with humor, compassion, and a whole lot of attitude. This June, return to the wilds and swamps of Louisiana and ride shotgun in the third DVD installment of A&E's top-rated reality series with Billy the Exterminator: The Complete Season Three

Timed to release with the Season Four broadcast, in Billy the Exterminator: The Complete Season Three

, Billy and his Vexcon crew (mostly made up of his wacky but loveable family: kid brother, Ricky; tough-as-nails father, Bill Sr.; sassy office manager and mom Donnie; and wife, Mary) battle feral hogs, match wits with a raccoon terrorizing a local business, get between a family of alligators and an army of fire ants, track down a venomous snake, and tackle a duck blind filled to the brim with gators, spiders and snakes. A former U.S. Air Force Sergeant, Billy, a 16-year pest control veteran, has taken a militaristic approach to pest control - and is emerging a winner and THE COMPLETE SEASON THREE contains all 17 episodes from the third season on 3 discs, along with bonus featurettes about Billy, the crew and behind-the-scenes footage.

IS IT POSSIBLE THAT INTELLIGENT LIFE FORMS VISITED EARTH THOUSANDS OF YEARS AGO, BRINGING WITH THEM TECHNOLOGY THAT DRASTICALLY AFFECTED THE COURSE OF HISTORY? UNCOVER AND EVALUATE MORE EVIDENCE WITH THE SECOND SEASON OF THIS CONTROVERSIAL HIT! 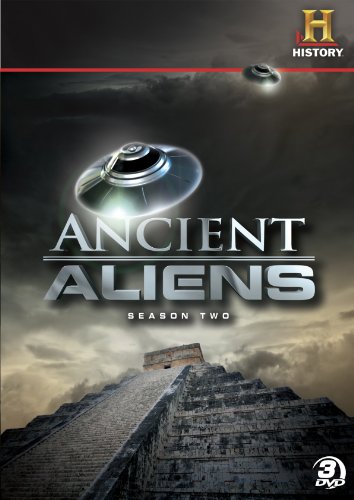 returns to DVD with The Complete Season Two

to explore the controversial theory that extraterrestrials have visited Earth for millions of years. From the age of dinosaurs to ancient Egypt, from early cave drawings to continued mass sightings in the United States, each of the 13 episodes in this incredible installment of the series concentrates on discoveries of the last 30 years, including unusual DNA findings on man's evolution and newly decoded artifacts from Egypt to Syria to South America.

is a balanced investigation into a theory some believe cannot be true, but many agree cannot be ignored. 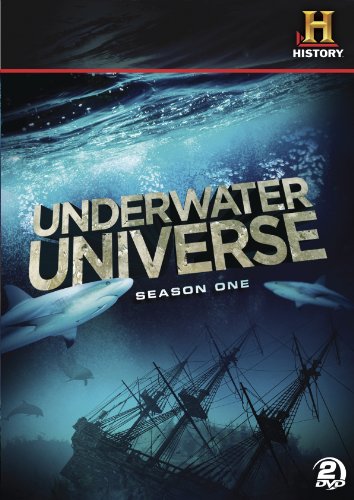 , a new limited series, goes deep to explore undersea forces that have brought terror and destruction to our planet throughout history.

Beneath the surface of our oceans, tides and currents, predators, lethal pressure and killer shockwaves create ongoing and ominous threats. With CGI animation, heart-stopping cinematography and submersible expedition footage, the series sheds fascinating new light on hard science, dramatic historical stories and riveting first-person accounts in episodes such as "Killer Shockwaves", "Predators of the Deep", "Fatal Pressure" and "Tides and Currents of Death". Also included in the 2-disc set is the bonus HISTORY(R) special on which the series is based.

BEWARE OF THIS DOG - HIS BARK IS JUST AS BAD AS HIS BITE - WHILE YOU COMMEMORATE THE 200TH EPISODE OF ONE OF REALITY TV'S LONGEST-RUNNING FRANCHISES! 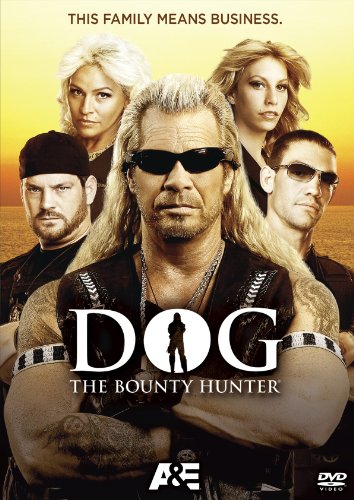 In Dog the Bounty Hunter: This Family Means Business

, Dog, Beth and the Chapman clan cross the 200th episode threshold, further proving to be one of television's most successful long-running franchises. Watch the most popular hunts, led by the world's most famous bounty hunter, in this special collection of adrenaline-fueled episodes of A&E's hit real-life series. Dog the Bounty Hunter: This Family Means Business

From Hawaii to Colorado, Duane "Dog" Chapman continues to feed fans the action-packed, high-stakes hunts that have made him the world's most famous bounty hunter, tracking fugitives alongside his wife Beth and their fearless family-based posse. In these episodes, Dog enlists the girls to hunt down a female fugitive while he spends the day caring for his newest granddaughter, old friends Tim Chapman and Sonny Westbrook lend a hand to capture a thief with violent tendencies and Dog discovers social networking plays a vital role in tracking a fugitive with a long rap sheet. Episodes include "Girl Power", "Prodigal Son", "Family Ties" and the DVD single also features the bonus "Best of" retrospective, celebrating the episodic milestone!

A&E Home Entertainment, part of the Consumer Products Division of A&E Television Networks (AETN) is a video distributor of non-theatrical programming, featuring collectible VHS and DVD editions of the high quality programming from A&E Network and History, as well as acquired classic programming. A&E Home Entertainment brings the best of critically acclaimed entertainment presented in award-winning packaging to the special interest category. For more information about ordering these and other titles from the A&E Home Entertainment Collection, call (212) 206-8600 (TRADE ONLY). Consumers please call 1-800-423-1212 (A&E). In addition to placing orders by phone, A&E Home Video products may be purchased over the World Wide Web at ShopAETV.com.