“Ok, I was a bit hard on you, but I have my reasons. I’ve just got a temper. It’s not your fault.” - Elena (Roxane Mesquida) 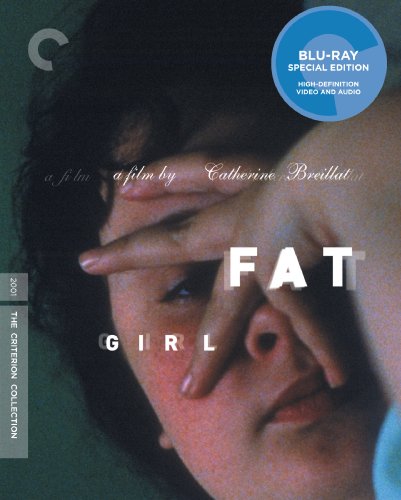 Arguably Catherine Breillat's best work, this gripping, thought-provoking dramas might seem languid during some points. Rest assured that, despite this slowness, sticking around to the end is more than worth it.

To say that French filmmaker Catherine Breillat likes to push the proverbial envelope is an extreme understatement. Never one to shy from showing anything and everything on-screen, Breillat hasn’t left much to our imagination in such fare as The Last Mistress, Romance, and Anatomy of Hell (which even starred actual porn star Rocco Siffredi). She isn’t for cheap, exploitative thrills, though, as each and every image she puts up on the screen, regardless of how provocative, serves the greater good of her story and vision. 2001’s Fat Girl is arguably her best work, and also one of her most controversial. The subject matter is touchy enough, but throw in some explicit sex scenes, and one of the most shocking endings of all-time, and we have not only a masterpiece, but something that will have people talking for years to come. The Criterion Collection released a phenomenal DVD edition of Breillat’s film in 2004, and now, their Blu-ray release is even better; pretty much par for the course for them though.

Anaďs (Anaďs Reboux) is an introverted young girl who also happens to be overweight. Often made fun of by other children, she tries to confide in her older, beautiful sister, Elena (Roxane Mesquida), who’s often too busy for her. The main reason Anaďs is a nuisance to Elena, is that she crimps her style when it comes to meeting boys. This is never more evident than on a family vacation in the south of France, when Elena meets Fernando (Libero de Rienzo), and is instantly smitten. The girls have an intense discussion about love and sex, and later that night, Fernando sneaks into their room and climbs into bed with Elena, while Anaďs pretends to sleep. She sees everything, though, and that experience, combined with the previous sisterly talk, changes her outlook on life, love, and the proper way (and who with) to lose her virginity.

It would be criminal to discuss this excellent piece of cinema without praising the work of Anaďs Reboux. Only 13 at the time, this young girl was asked by the notoriously challenging Breillat to not only appear in scenes involving (both male and female) full-frontal nudity, and some extremely harrowing, possibly traumatic violence, but to also simulate an even more intimate occasion. Reboux persevered, despite the challenges, though, delivering one of the most memorable acting performances by a teenager. Unfortunately, she has yet to act in another film or even on television, since Fat Girl, but all accounts point to this being a simple decision to pursue another career, rather than a result of being so close to such edgy, controversial material.

Many of the best-written stories feature simple conversations that wind up sneaking up on an audience. At first, such talks seem inconsequential, but the ones in question linger long after a film’s end credits have finished rolling. One such conversation takes place early on in Fat Girl, and it turns out to not only be the driving force behind the film’s final reel. However, Breillat’s incredible ending is not only a study in how to truly surprise an audience, but it’s also extremely effective as a fulfilling ending that sticks in the audience’s psyche. This is a film that doesn’t necessarily demand repeat viewings, but it is one of those rare experiences that becomes more and more fulfilling by revisiting it every few years or so. The most telling aspect of this is that this was my fourth time through and the final reel remains just as disturbing and thought-provoking as it did that first time I literally jumped out of my seat. Breillat rarely stumbles with her films, but here’s hoping something as impressive as Fat Girl is coming soon to her filmography.

The Criterion Collection has done another amazing job porting one of their previous DVD releases onto the Blu-ray format. For starters, they’ve given the film a brand-spanking-new video transfer, presenting it in a 1.86:1 aspect ratio, and in 1080p HD. Given the nature and low budget of the film, there’s no reason to expect reference-quality stuff here, but the overall look of things is a nice step above the already impressive DVD. The audio is a nice step up too, this time offered in the form of a lossless DTS-HD Master Audio 5.1 track. The included booklet informs us that quite a bit of work was done to ensure the high quality of this track including the detailed removal of any defects present on previous tracks for the film. The extras are the same as those on Criterion’s DVD, but they remain an interesting, albeit brief look at the making of the film, and round out this excellent package quite nicely.