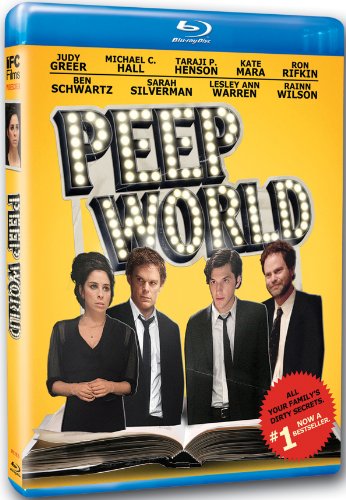 A young novelist hits it big with his new red-hot hit, but when his siblings see their horrible selves reflected in his characters, they threaten to throw the book at him, and worse. The story of what happens when awful people get together for a nice family celebration, the black comedy Peep World

provides an outrageous look at a modern American family.

At a dinner celebrating their father Henry's 70th birthday, tensions among four siblings explode thanks to the success of youngest son Nathan's new novel, a thinly veiled portrait of the family. The best-selling expose reveals the oldest, "responsible" son, Jack, as a porn addict, daughter Cheri as a catty drama queen and washed-up actress, and black sheep son Joel as a slow-motion disaster with a loony plan to change his life around (at his family's expense). And things aren't exactly going so great for the hot new writer due to a bad and lasting reaction to a certain men's medication.

the ultimate case of a family in arrested development.