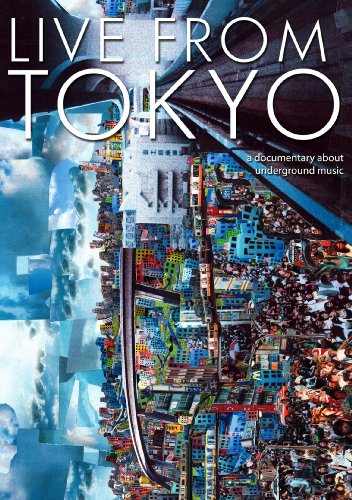 takes the viewer through the back streets in Shinjuku, the intersections in Shibuya, the alleys in Koenji, and all over Tokyo, as it highlights the innovative musicians that create the multi-faceted underground music scene.

Welcome to a world where ideas and genres are pushed to their extremes, with the general sentiment that there is new music waiting to be created.

Directed by U.S. filmmaker Lewis Rapkin, this fascinating documentary looks at Tokyo's music culture as a reflection of Japanese society and in relation to international music culture. Tokyo's reputation for an overwhelming variety of global information, media-saturated urban environment and cutting edge innovation, makes it the perfect sample for addressing a new outlook on music culture. We find ourselves well into the generation of hyper-connectivity and information culture. The music industry is transforming and listeners are accessing and treating music in a new way. Barriers that separated music scenes in the past are becoming less relevant as technology continues to connect artists. A new paradigm of music culture is upon us.

Audio tracks were donated by many of the bands that appear in the film and were compiled into a soundtrack album which will be included as a free digital download with the purchase of the DVD. A special code will be contained within the package of each DVD allowing the viewer to downČload the album at no extra charge. A full track listing is to be posted soon at www.GoodCharamel.com.

will be released on August 23rd on Good Charamel Records with distribution through MVD Visual. A portion of the proceeds from the sale of the Live From Tokyo DVD/ALBUM will be donated to the Red Cross Tsunami Relief fund in Japan.

About the THE FILMMAKERS:

Lewis Rapkin - DIRECTOR Lewis lives in New York City and has worked on feature documen-taries for HBO, a 6-hour documentary series for PBS, a short for Amnesty International and television series for MTV and Discovery Channel. He has directed a handful of music videos, edited trailers and industrials and his short films have appeared in international film festivals. Lewis is also a musician and composed the original score for Live From Tokyo. Live From Tokyo is his directorial debut for a feature film.

Ian Sotzing - DIRECTOR OF PHOTOGRAPHY Ian has worked in camera and production departments for various award winning films and television shows. He worked on Moonlight and Mistletoe and Revolutionary Road in 2008 and most recently he has worked on both seasons of Boardwalk Empire and Bored to Death for HBO, as well as 30 Rock on NBC. Ian has won awards at international film festivals for films he directed and shot.