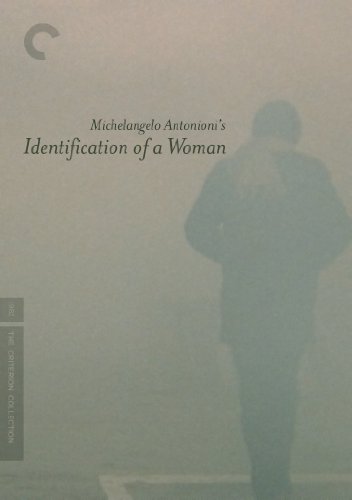 This film, directed by the great Italian auteur, Michelangelo Antonioni, isn't as popular as his other classics. Now that it's on Blu-ray from Criterion, hopefully more cinema buffs will discover that this film deserves equal, if not more acclaim.

Italian filmmaker Michelangelo Antonioni only recently passed away (in 2007) at the age of 94. He left behind a legacy that spanned nearly 40 films, including classics like Blow Up, Red Desert, and L’Avventura, the latter of which, considered by many, his masterpiece. In 1982, the far lesser known film, Identification of a Woman was released, and, to this day, remains a mere blip on Antonioni’s filmography. That needs to change, as it’s just as compelling as the rest of his work, and the fact that it was nominated for the Palme d’Or at the 1982 Cannes Film Festival is another notch in its favor. Fortunately, the film has finally been given a chance to receive wide appreciation amongst the masses, thanks to The Criterion Collection’s new Blu-ray release. The disc itself features a stunningly-restored video presentation and a nice audio mix, but the surprising lack of extras is a rarity for Criterion. Niccolň (Tomás Milián) is a film director whose wife has just left him. Struggling to come to grips with this sudden loss, he begins dating both Mavi (Daniela Silverio) and Ida (Christine Boisson), one of which he also hopes will be the subject of his next film. Just when his relationship with Mavi borders on one of true love, she disappears, and Niccolň attempts to forget her in the arms of Ida. Still, he can’t shake his feelings for Mavi, and his constant struggle to define them as either love or lust only serves as the driving, nagging force behind something that more than borders on obsession. Antonioni is truly hitting on all cylinders here, from the expansive, mostly Italian countryside setting, to the wonderfully-written dialogue that powers this intense study of the timeless battle that continues to rage between the sexes. Also, per usual, he gets outstanding performances out of his entire cast, beginning with the great Tomás Milián (Traffic, JFK). He prevents Niccolň from being an insufferable, clichéd character by embodying him in a natural, genuine way, that doesn’t necessarily have us rooting for him, but rather sympathizing with his struggles with women. Without such a nuanced performance, the core of Antonioni’s story and its themes never would have had a chance to be as compelling as they are. Even more engaging is Daniela Silverio, who, despite only being in roughly half the film, is impossible not to gawk over each and every second she’s on screen. Far from a natural beauty with her thin figure and borderline mullet hairdo, there’s a gripping aura about Silverio that makes her screen presence something that’s hard to match, even in today’s cinema. Despite a general desensitization when it comes to eroticism these days, the sex scenes is Identification of a Woman still stand out as being extremely graphic. Once sequence, in particular, near the 35-minute mark is borderline pornographic. It’s to Antonioni’s credit, however, that he makes that sequence, as well as the rest of the sex scenes, extremely engaging and pertinent to the story, never allowing them to serve as simply extraneous bits of exploitation. The handful of these scenes never wear out their welcome either, but Antonioni’s film, at 130 minutes long, nearly does, especially in the ever-so-slightly drawn out finale. Still, by the end, we’re left as shaken as Niccolň, left to ponder what we’d just seen, and immediately wanting to revisit this epic battle between men, women, and the complications of love. Criterion’s Blu-ray is another exemplary effort, aside from the aforementioned lack of extras (they do include the original Italian trailer and an outstanding, comprehensive booklet). The 1.84:1 video presentation is the result of a new, high-definition transfer that was created from the original 35mm negative and looks amazing. Image detail is great, but the real treat is in the newly vibrant colors that simply pop on the screen. The Italian LPCM 1.0 audio mix is also very impressive, yet not as revelatory as the visuals.