EXPLORE THE OTHER SIDE
AS WARNER HOME VIDEO RELEASES
Fringe: The Complete Fourth Season 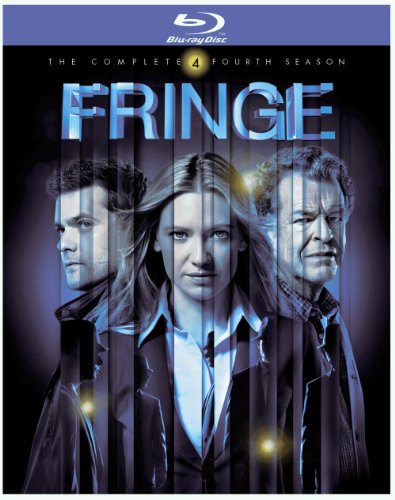 BURBANK, CA (June 28, 2012) -Two parallel universes continue to collide as mysterious forces work to overwrite the laws of physics in the release of Fringe: The Complete Fourth Season

from Warner Home Video (WHV). The critically acclaimed fourth season of television's most thrilling sci-fi series features 22 mind-bending episodes with over two hours of brand new special features, including two Blu-rayTM exclusive featurettes, and an offer for a free 23-page digital comic. Ranking #1 in its Friday time period (Fridays 9/8c FOX) among Men 18-34, 18-49 (tied) and Males 12-34, Fringe continued to be a solid performer among fans and to generate widespread critical acclaim in its fourth season. [Ratings source: Nielsen Media Research, Live+7 Day data.] Fringe: The Complete Fourth Season comes to DVD and Blu-rayTM for the first time September 4, 2012 for $59.98 / $69.97 SRP.

Set in two parallel universes, the FBI's Fringe Division investigates unusual incidents that defy explanation. When unimaginable events threaten existence on a universal scale, Special Agent Olivia Dunham, eccentric fringe scientist Walter Bishop and his alternate-universe born son, Peter, continue their mission to heal the rifts between the two worlds. To complicate matters further, Peter has mysteriously returned to a universe in which he never existed - a virtual stranger to the Fringe team - while a God Complex-driven madman is crossing between realities with an absolute endgame in mind that will destroy both worlds! Wrestling with questions of identity, destiny and existence, the Fringe team must not only struggle to reset their reality and find each other again, but save both universes...by sacrificing more than one of their lives!

Fringe returns for its fifth and final season on September 28, 2012, airing Fridays at 9/8c on FOX.