Everybody's Going To Be Sorry! Contains All 24 Episodes From Season 5, Plus Never-Before-Seen Special Features, Including Two Brand-New Featurettes, Unaired Scenes, A Gag Reel, And More! 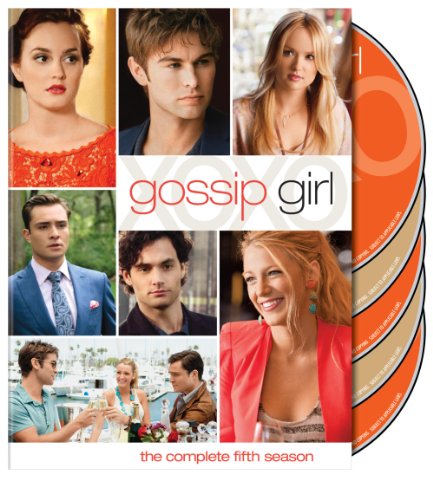 The fifth season opens in Los Angeles, where a suntanned Serena has found the perfect summer job, and Chuck and Nate -- who are still on their posh trip around the globe -- decide to pay her a visit. Meanwhile, back on the Upper East Side, Blair is still dealing with the fallout from her impossible choice between Prince Louis and Chuck, and Dan's world is suddenly shattered when he discovers that someone has gone behind his back and found an editor to anonymously publish one of his stories. Terrified of his friends and family reading his brilliant-but-honest critique of New York high society, Dan might not be able to refuse the fame and fortune of a published author. Finally, the surprise return of Serena's cousin Charlie will threaten to destroy the Van der Woodsen family from within.

Executive produced by Schwartz, Savage, Leslie Morgenstein, Bob Levy and Joshua Safran, the series -- based upon the book by Cecily von Ziegesar -- is from Fake Empire, Alloy Entertainment in association with Warner Bros. Television and CBS Television Studios.

* Gossip Girl Turns 100!: The milestone event sparks a journey through the seasons, including interviews old and new plus juicy dish on the Gossip Girl experience.
* 5 Years of Iconic Style: In this 15-minute featurette, cast, crew and guest stars reveal their favorite fashion moments from all five seasons.
* Unaired Scenes
* Gag Reel