Derek Jarman's debut film Sebastiane is a historical drama which lays bare the latent homoeroticism that has always lurked beneath the glossy surface of Hollywood biblical epics. In Jarman's hands, The Tempest becomes an original and dazzling spectacle mixing Hollywood pastiche, high camp, and gothic horror

, and his Shakespeare adaptation The Tempest

, his feature film debut which Derek Malcolm in The Guardian called "an exceptionally promising first feature... Striking and original"; and his adaptation of Shakespeare's The Tempest

, which The London Times praised as "Full of magic and surprises... The most truly spectacular British film in years."

also comes to Blu-ray on August 7th, with a SRP of $29.95, and includes three short films by Derek Jarman as bonus features: A Journey to Avebury, Garden of Luxor, and Art of Mirrors. Both are currently available for prebook.

Both films represent the work of one of Britain's finest filmmakers, widely recognized as a pioneer and key figure in the independent and queer cinema scene worldwide. 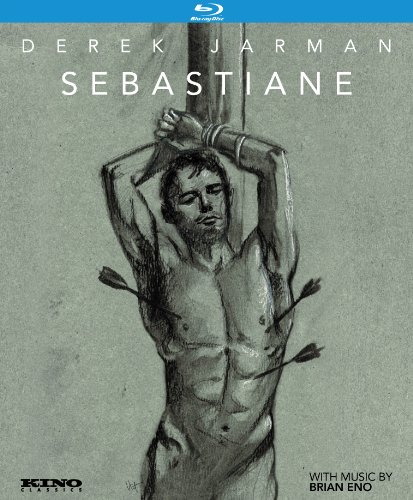 Derek Jarman's (Caravaggio) feature film debut (co-directing with Paul Humfress), Sebastiane is a "one of a kind" (Time Out London) historical drama which lays bare the latent homoeroticism that has always lurked beneath the glossy surface of Hollywood biblical epics. Telling the story of the martyrdom of St. Sebastian in the same way that Italian Renaissance painters used the image of Sebastian to eroticize the male nude, Jarman depicts both earthly lust and spiritual yearning with "an honesty and directness that's the absolute opposite of camp." (The Guardian).

Stripped of rank and exiled to a remote Sardinian outpost, Roman soldier and suspected Christian Sebastian becomes the object of his commanding officer's aggressive desire. As Sebastian turns his back on his fellow soldiers in favor of his own mystical longings, his sun-bleached Mediterranean idyll becomes a psycho-sexual hothouse where lust sets the stage for a shocking tableau of death and martyrdom

is both a milestone of British independent film and a pioneering work of queer cinema.

Shot on location at the ancient and ghostly Stoneleigh Abbey, The Tempest

It is the story of Prospero the magician, who lives with his nubile daughter on an enchanted island and punishes his enemies when they are shipwrecked there. Essentially a study of sexual and political power in the guise of a fairy tale, in Jarman's hands, The Tempest becomes an original and dazzling spectacle mixing Hollywood pastiche, high camp, and gothic horror. The film recalls the innocent homoeroticism of Pasolini's versions of classics, while its lush sense of decor and color is worthy of Minnelli. 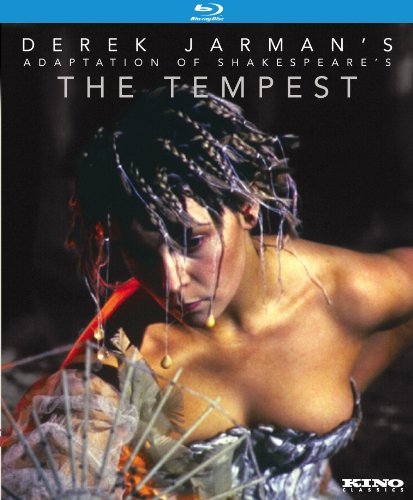 The master stroke in The Tempest

is the finale, a wedding feast designed and choreographed as a full-scale production number, with the veteran black musical comedy star Elisabeth Welch wafting her way through a chorus line of hunky sailors as she belts out "Stormy Weather." It is one of the great scenes in contemporary British cinema.