An investigation of the Spanish charges against General Augusto Pinochet, forms an essential part of filmmaker Patricio Guzman's career-long exploration of Chilean history since Salvador Allende's 1973 election and the bloody coup that followed.

"Haunting! A magisterial documentary about the force of memory." - New York Magazine "Eloquent, meticulously structured... A beautifully layered mosaic that is all the more powerful for never raising its voice to a shout." - The New York Times 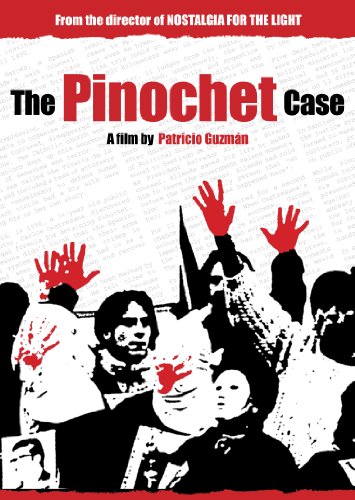 , an investigation of the Spanish charges against General Augusto Pinochet, forms an essential part of filmmaker Patricio Guzman's career-long exploration of Chilean history since Salvador Allende's 1973 election and the bloody coup that followed.

was described by The Guardian as "a fitting coda to a magnificent trilogy", referring to Guzman's three-part epic THE BATTLE OF CHILE (1975-1978), which documented Allende's final months in office, and General Augusto Pinochet's military coup and its aftermath. It joins those three films, and the filmmaker's subsequent meditations on Chile's tumultuous political history: CHILE, OBSTINATE MEMORY (1997), SALVADOR ALLENDE (2004), and NOSTALGIA FOR THE LIGHT (2011), all available from Icarus Films Home Video.

In September 1998, Pinochet flew to London on a pleasure trip, and shortly thereafter began experiencing back pain and underwent an operation in the London Clinic. Upon waking from surgery, he was arrested by the London police.

The case against Pinochet had begun in Spain two years before his arrest. The Pinochet Case

explores how a small group of people in Madrid laid the groundwork for this incredible feat - catching a dictator 25 years after his rise to power, making him the first to be humbled by the international justice system since the Nuremberg trials.

also follows the workings of the British legal system that issued the arrest warrant, and the testimony of scores of Chileans, most of them women and relatives of the "disappeared", which proved crucial to the case against the general. Their stories are "likely to lead you to tears," Time Out New York proclaimed upon the film's theatrical release, concluding, "this film certainly ranks among the best recent documentaries."

When Pinochet finally returned to Chile, he faced 200 accusations of crimes, this time in Chilean courts. Eventually the Chilean Supreme Court also stripped him of his immunity, and on January 29, 2001, Judge Juan Guzman placed Augusto Pinochet under house arrest. As The Pinochet Case

testifies, the people were no longer afraid, and the Chilean justice system had finally started to make up for lost time.