The series aired earlier this year on The Military Channel and examines the dark motives that drove powerful individuals and organizations, from the IRA to The Grand Mufti, to support and collaborate with the Nazi regime.

is a must watch from beginning to end. It conveys a sense of suspense and even horror. It gives us a raw insight into how easily Nazism could have taken over the globe in a blink of an eye and the consequences that would follow." -Subba-Cultcha

On October 16th, Shanachie Entertainment will release the documentary series "Nazi Collaborators" on DVD. The series aired earlier this year on The Military Channel and examines the dark motives that drove powerful individuals and organizations, from the IRA to The Grand Mufti, to support and collaborate with the Nazi regime.

sheds light on the individuals and organizations outside of the Third Reich that assisted -- knowingly or unknowingly -- the Nazis in their evil quest to conquer Europe, the Middle East and Africa. 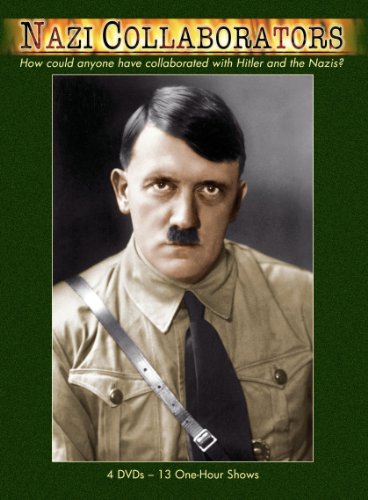 PROGRAM DESCRIPTION
This new 13-part documentary explores the question, "How could anyone have collaborated with Adolph Hitler and the Nazis?" Drawing upon an unrivaled 4000 hours of archival film, it shows how powerful individuals and organizations all across Europe and the Middle East collaborated, often with dark and disturbing motives, with the most evil regime of the 20th century. Many did it for financial gain, others for the promise of elevated status. Some believed that siding with the imperialist Germans offered the best chance of survival for their people, while others would later claim they would be killed if they refused. From the Jewish leader who offered up his people as free labor, to the ex-French Prime Minister who actively aided the Nazi hunt for the Resistance. And from the IRA- German plot to invade Northern Ireland to the brutal killing squads of Lithuania, this ground- breaking series explores the complex motivations behind the controversial paths these collaborators chose. These are the stories that many countries prefer to forget or cover up - many thousands of non-Germans chose to collaborate with the Nazis.