The time-traveling, third installment of the Men in Black franchise reunites Will Smith and Tommy Lee Jones, along with Josh Brolin, as they travel back in time to 1969 so Agent J (Smith) can save Agent K (Jones) from an alien assassination.

as a Blu-ray 3D(TM) Combo Pack, Blu-ray(TM)/DVD Combo Pack and DVD -- all with UltraViolet(TM) -- on November 30th. Earning more than $624 million in box office worldwide, this sci-fi, action-packed comedy will be released for the first time in 3D for the home. 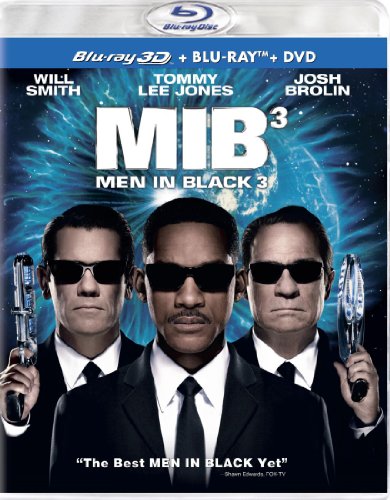 Directed by Barry Sonnenfeld and written by Etan Cohen, Men in Black 3

Blu-ray 3D Combo Pack Special Features:
All the added value on the Blu-ray/DVD Combo Pack, plus:
* The Case Of Boris the Animal: The 3D Models of MIB 3
* Converting to 3D featurette