PR: Call the Midwife: Season One on Blu-ray & DVD Nov 6

Based on the best-selling memoirs of Jennifer Worth, Call the Midwife is a moving, intimate, funny and, above all, true-to-life look at the colorful stories of midwifery and families in East London in the 1950s. Don't miss the chance to watch full episodes as they originally aired in the UK.

Call the Midwife: Season One

The Original UK Episodes
Only Available from BBC Home Entertainment 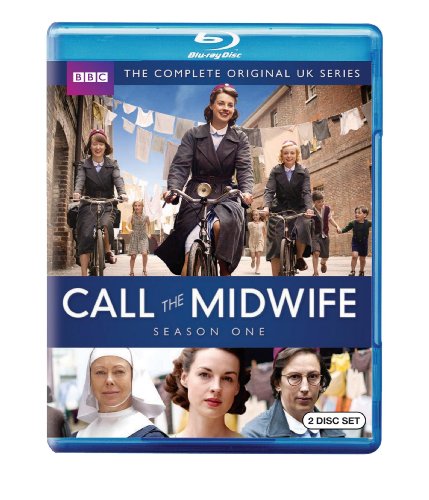 to Blu-ray and DVD for the first time in North America on November 6, 2012. Based on the best-selling memoirs of Jennifer Worth, Call the Midwife is a moving, intimate, funny and, above all, true-to-life look at the colorful stories of midwifery and families in East London in the 1950s. Don't miss the chance to watch full episodes as they originally aired in the UK- only from BBC Home Entertainment

When Jenny Lee (Jessica Raine, The Woman in Black) first arrives in Poplar, East London, she knows nothing about hardship, poverty or indeed, life itself. Attached to an order of nursing nuns at Nonnatus House, Jenny is part of a team of midwives who visit expectant mothers, providing the poorest women with the best possible care. Here, the streets teem with children and with only a single eight-bed maternity ward to serve the whole district, most deliveries take place at home. The series follows Jenny as she travels through the streets to meet her patients - including Conchita, who is on her 25th pregnancy, and Mary, a prostitute and pregnant at just 15 years old. Along the way Jenny learns to admire the families she works with, as well as the sisters and fellow midwives who witness the daily drama of life in this vibrant community on the brink of huge social change. Narrated by Oscar-winner Vanessa Redgrave (Atonement, Girl, Interrupted) as the mature Jenny, Call the Midwife provides a fascinating look at personalized health care and the courage of mothers in any condition.

attracted 10.7 million viewers for its peak episode during its premiere broadcast on BBC ONE in the UK, making it the highest-rated BBC new drama launch on record. A second season has been commissioned and will air in the UK in 2013. In the US, Call the Midwife