Captured international assassins are locked up inside a high-tech bunker known as the Killing Chamber and to break out they must kill 'em all! The cast includes Johnny Messner, Chia Hui Liu, Joe Lewis, Tim Man, Ammara Siripong, Brahim Achabbakhe, and Erik Markus Schuetz.

I'm Going to Hell When I Die. Get Ready. 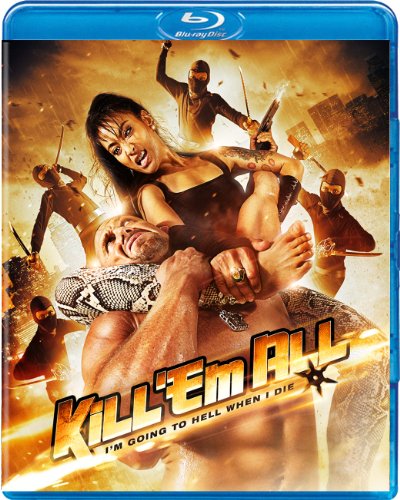 Synopsis:
Welcome to the Killing Chamber - a high-tech bunker where captured international assassins are ready to do what they do best, just to survive. If they're going to break out of this concrete hell, they must duel each other, fight deadly ninjas, and battle against gangs of masked maniacs. If they manage to survive that, they will have to confront Snakehead: the lethal, deranged top dog who will stop at nothing to KILL 'EM ALL!

has a runtime of approximately 86 minutes and is unrated.