Dakota Fanning and Jeremy Irvine Star in the Heartwarming Romance Based on the Best-Selling Novel written and directed by Ol Parker. Bonus features include deleted scenes as well an in-depth featurette.

Live every moment. Love every minute. 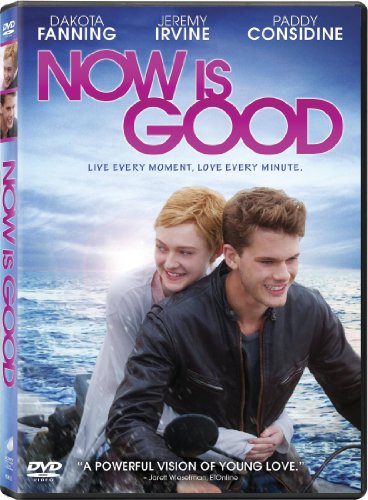 , available on DVD January 8th from Sony Pictures Home Entertainment. A charming and moving story of a young woman (Fanning) who, after being told she has only a few months to live, decides to fill her remaining days with unexpected adventure, laughter and romance. Now Is Good

Bonus features include deleted scenes as well an in-depth featurette "Making Moments: Creating Now Is Good," a look behind-the-scenes at the creation of the film with filmmakers and cast.

Synopsis: Given just a few months to live, Tessa compiles a list of "things to do before I die." Released from the constraints of normal conventions, Tessa seeks out new experiences to make her feel as alive as possible before she dies. Along the way, Tessa's relationships with her parents and friends must all be resolved before her time runs out.

was produced by Graham Broadbent & Peter Czernin (The Best Exotic Marigold Hotel, In Bruges). Based on the best-selling novel "Before I Die."

The film has a run time of approximately 103 minutes and has been rated PG-13 for mature thematic material involving illness, sexuality, and drugs, and for brief strong language.

ABOUT ULTRAVIOLET
UltraViolet is an entirely new way to collect and enjoy your digital entertainment, giving you the power to instantly access your movies and TV shows with unprecedented flexibility. For more information, visit www.uvvu.com.