The Southfork Legacy Lives On...

Includes All 10 Episodes From Season One, Plus Over 2
Hours Of Bonus Features, Including 6 Featurettes, A Pilot
Commentary, And Deleted Scenes! 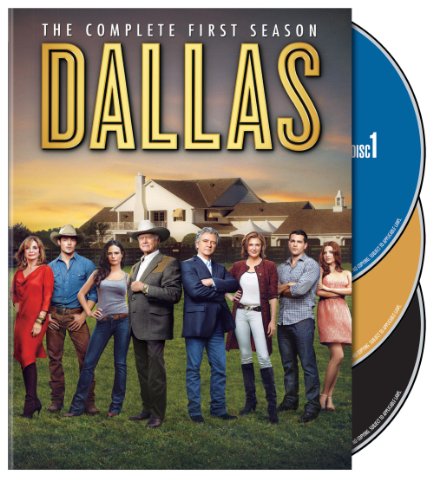 BURBANK, CA (September 26, 2012) - One of the longest running series in television history has struck it rich again with Dallas

, the new series inspired by the landmark drama. Catch up with all the scandal, lies and betrayal as Warner Bros. Home Entertainment Group releases Dallas: The Complete First Season

on DVD January 8 to coincide with the start of its second season on TNT. This three-disc DVD collector's set features all 10 episodes from the first season and over 2 hours of bonus features, including 6 featurettes, a pilot commentary and deleted scenes. The DVD goes for less than a barrel of oil, and is priced to own at $39.98 SRP.

The drama of the Ewing family dynasty continues with a whole new generation, as J.R.'s (Larry Hagman) and Sue Ellen's (Linda Gray) son, John Ross (Josh Henderson), locks horns with Bobby's (Patrick Duffy) adopted son, Christopher (Jesse Metcalfe), proving that in Texas, oil is still thicker than blood. At stake is the coveted Southfork family estate sitting on a billion barrels of oil. With J.R.'s cunning guidance, John Ross is determined to drill on it, while Christopher, backed by Bobby, searches for alternative energy and a way to protect this family legacy from being stolen out from under them. It's a battle without limits, whether it means stealing another man's money, loyalty, girlfriend or wife ... leaving just one question: Whose side are you on?

The first season of Dallas

In its first season, Dallas

* Back in Production: Go behind the scenes of the first day on set with Josh Henderson and Larry Hagman -- the original J.R.
* Dressing Dallas: Costume designer Rachel Sage Kunin reveals the new wardrobe for Dallas.
* Who Shot J.R.?: Larry Hagman and other cast members reminisce about one of the most memorable storylines from the original Dallas.
* Ewing Family Love Oak: Brenda Strong takes us behind the scenes to learn about the Love Oak and what it means to the new Dallas.
* Southfork Legacy: Making Dallas Season One: Cast and the creative team discuss bringing Dallas back to TV.
* Oil and Water: A Family Tradition: The drama continues with the new cast joining the original cast to discuss the enduring appeal of the Ewings.
* Pilot Commentary: Commentary with Executive Producer & Writer Cynthia Cidre and Executive Producer & Director Michael M. Robin.
* Deleted Scenes