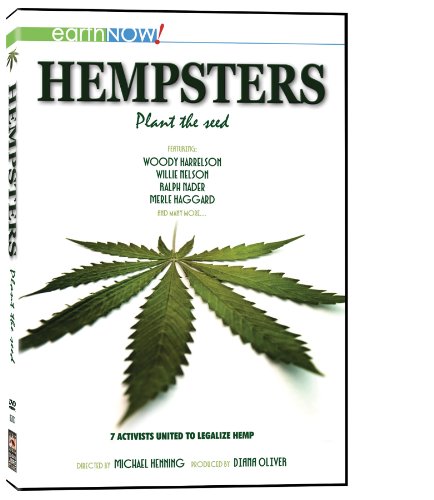 The topic of marijuana legalization has never been more of a hot-button issue than it is today, and this documentary promises to delve into the subject down to its core. It'll be interesting to see just how politically driven the film turns out to be.

It’s difficult to tackle a review for a film focused on the legalizing of marijuana without giving it even the slightest bit of political flair. I’m going to try my damndest not to in this, my write-up for the DVD release of the 2011 documentary Hempsters: Plant the Seed. Of course, it doesn’t help me keep the political angle out of this discussion, when, even in the short time since the film’s 2011 release, so much has changed where this hot-button issue is concerned. The most glaring changed just occurred during the 2012 elections, this past November, when Colorado and Washington became the first two U.S. states to legalize the recreational use of marijuana, despite it still being banned under federal law. I’ll leave it up to you to discuss whether something like Hempsters played any role in the passing of such legislature, but for even such a debate to be available to us only a few years after the film’s release, is a real treat, and reason enough to take a look at Cinema Libre’s DVD.

Unfortunately, it’s tough to see large portions of Hempsters as anything other than shameless, political propaganda. The film is basically 90 minutes or so of celebrities that have been throwing their political views in our face for years prior, namely Woody Harrelson, Willie Nelson, and Merle Haggard, as they do more of the same, only this time, in a larger spotlight. Harrelson goes out of his way to ensure we keep “hemp” and “marijuana” totally separate from each other, but, while there certainly are major differences between the two, grouping them together in a discussion such as this is nearly unavoidable. The film does have some real bright spots, however, including the candid footage of Harrelson being (peacefully) arrested back in 1996, while cultivating hemp. Actually, anytime that Harrelson is on-screen, whether he’s speaking in a classroom or simply serving as a talking head hemp activist, the film is much more interesting. Otherwise, when we’re subjected to other activists’ diatribes, it’s tough to distinguish Hempsters from one of those creepy, mid-20th-century propaganda videos we simply laugh at now.

Cinema Libre’s DVD release of Hempsters: Plant the Seed is far from flashy, but it really doesn’t need to be, given the source material. The full screen video presentation isn’t pretty, featuring mostly grainy footage, regardless of whether a given scene is stock footage, or if it’s a newly-filmed interview. The color scheme is dull, and it’s tough to read any signs or even name tags on a given speaker, with blurry text being unfortunately prevalent. The Dolby Digital 2.0 audio stays up front the entire time, which is slightly surprising given the film’s song-heavy soundtrack. There are a few extras on board, including 10 Reasons Why, an almost-seven-minute piece that kicks off with Harrelson going into more detail about the importance of hemp use, and eventually covering the titular “10 reasons.” We also have the trailer for Hempsters, a two-minute “Alternate Intro” to the film, and a collection of URLs pointing us to Websites with more information about what is discussed in the film.