PR: A Perfect Ending on DVD Feb 5, on Digital Jan 8

It's Not Always What You Expect... 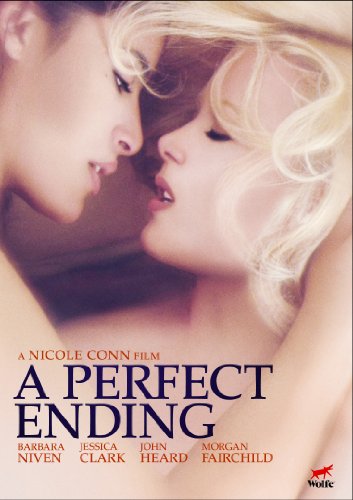 Synopsis:
Rebecca Westridge (Barbara Niven) is elegant, wealthy and proper -- an upstanding wife and mother with three grown children, a swanky estate and a horrible husband (John Heard). When she confesses her dissatisfaction with her joyless love life, her friends set her up with an exceptionally talented high-class call girl named Paris (Jessica Clark) -- and, needless to say, the lives of both Rebecca and Paris are changed forever.

has a runtime of 106 minutes and is not rated. The DVD will feature bonus materials including behind-the-scene featurettes and a Photo Gallery.


ABOUT WOLFE
Serving customers since 1985, Wolfe is the largest exclusive distributor of LGBT films. Recent major Wolfe titles include the wildly popular Berlinale Teddy Award winner, Tomboy; 2012 Independent Spirit Award nominees Gayby and Mosquita y Mari; and Sundance Audience Award winner, Undertow (Peru's submission for the Academy Awards). Wolfe is also well known for the DVD releases of such beloved classics as Desert Hearts, Big Eden, Were the World Mine and A Marine Story. Wolfe's acclaimed motion picture library can be found at WolfeVideo.com as well as at national retailers such as Netflix, Barnes & Noble, Amazon and VOD destinations such as Comcast, Time Warner, YouTube Movies, Hulu, iTunes and, of course, WolfeOnDemand.com.