A Legion of Pure Magic

Bonus Materials Include a "Making the Magic" Featurette 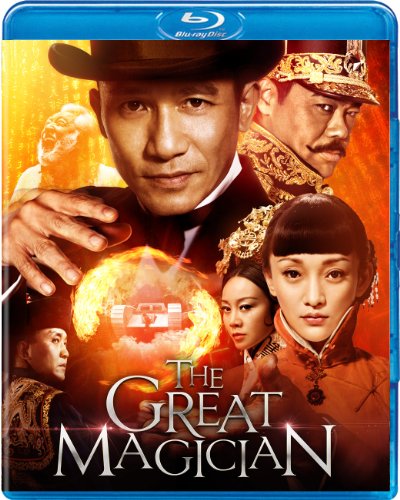 debuts on Blu-ray(TM), DVD and Digital March 19th from Well Go USA Entertainment. The deliriously entertaining film deftly blends vaudeville-style humor, vivid magic sequences and ruthless political gamesmanship while featuring the three of the most powerful stars in Chinese cinema - Tony Leung Chiu-wai (Hero, Red Cliff), Lau Ching-wan (Mad Detective) and Zhou Xun (Cloud Atlas). Village warlord Bully Lei (Ching Wan Lau) is accused of using magic to recruit soldiers to his cause. New arrival Zhang (superstar Tony Leung), upset to find out Lei is holding a former flame of his captive, aims to thwart these plans with an ambitious kidnap scheme and various tricks of his own. When the plan goes awry, the two match wits in an ongoing battle to see who is the more adept illusionist. Bonus materials include the behind-the-scenes featurette "Making the Magic."

Synopsis:
In the years after the Revolution that overthrew the Qing Dynasty in China and established the Republic, the country is broken up into fiefdoms held by warlords, who are busy fighting each other. A lieutenant is using magic to scare convicts into joining a warlord's army. His warlord has imprisoned a girl and he wants to be his seventh wife, but he's too honorable to force her. The local revolutionaries want to kill the warlord and bring back the Republic. The lieutenant is secretly a member of the Qing Dynasty Remnant and wants to bring back the Empire. A local Japanese businessman is actually trying to take over with help of the local Blackhawk gang. Into this chaos, a stranger returns from aboard with mastery of magic, and is back to recover the girl he loved (daughter of his master/teacher). Who is tricking whom and who will win at the end?

has a runtime of approximately 129 minutes and is not rated.