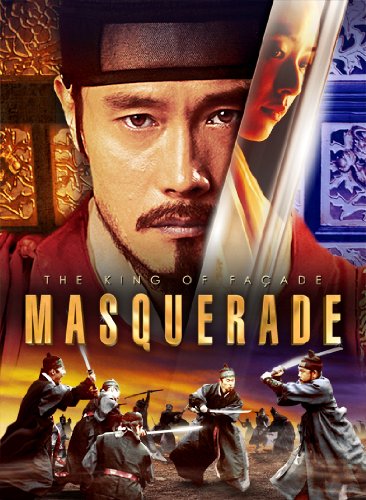 Amid national chaos and fear for his life, tyrannical King Gwanghae (Byung-hun Lee, G.I. Joe: The Rise of Cobra, G.I. Joe: Retaliation, Red 2) orders his trusted counselor to find a royal body double. He recruits a crude, working-class peasant, Ha-seon (Lee in a dual role), a village performer who bears a startling resemblance to the ruler.

When the king falls into a coma from poisoning, he is secreted away to recover and Ha-seon reluctantly assumes the throne, forced to pull off history's biggest masquerade. Narrowly evading exposure or yet another assassination attempt by his power-hungry court, he stumbles through his daily rituals and onerous royal duties - covertly coached by the king's stoic chief advisor and chief eunuch.

Soon, however, Ha-seon finds he must follow his own heart - no matter what the price - to save his country from collapse and its oppressed people from despair.

Inspired by the true premise of 15 days that are mysteriously missing from the recorded annals of the Chosun Dynasty, Masquerade

has received widespread critical acclaim in the U.S. and broke box office records in Korea, grossing nearly $161.5 million worldwide (including nearly $1 million in the U.S.).

is presented in widescreen 16x9 (aspect ratio: 2.35:1) and 5.1 Dolby Digital sound with English dub and subtitles.- Special features include: "Lighting and Cinematography" and "Production Design" featurettes, deleted scenes and trailers.

About CJ Entertainment America-Launched in 2005, CJ Entertainment America (CJ Ent.Am) is the U.S. arm of Asia's premier entertainment company and Korea's #1 filmmaker and distributor, CJ Entertainment & Media (CJ E&M). Since 1995, CJ E&M has provided original, award-winning content - across an array of genres, including drama, comedy, action, sci-fi/horror and special interest - for theatrical, television, DVD, digital download, interactive game publishing/portals and music. A prominent investor in entertainment co-ventures in overseas markets (including 1492 Pictures, DreamWorks and IMAX in the U.S.), CJ E&M also develops and operates 200 premium multiplex theater sites under the CGV Cinemas banner (including a flagship site in Los Angeles) and is a leading concert promoter, helping establish "K-pop" as a successful world music genre. The cornerstone of the Korean entertainment industry - boasting the country's largest and most significant library, with hundreds of films - CJ E&M is also a singular presence throughout Asia, Europe and in the States and a key force in popularizing contemporary Korean and Pan-Asian cinema around the world. Top films include The Man From Nowhere; The Good, the Bad, the Weird; A Bittersweet Life; Joint Security Area; and the Vengeance trilogy, to name a few. Visit online at: http://www.cjent.co.kr/eng