It's by far America's longest war, with unnumbered casualties and no end - or success - in sight. It's the war on drugs, and award-winning documentarian Eugene Jarecki bravely reveals its causes, its implementation and its tragic consequences in the universally acclaimed film.

The House I Live In

It's by far America's longest war, with unnumbered casualties and no end - or success - in sight. It's the war on drugs, and award-winning documentarian Eugene Jarecki bravely reveals its causes, its implementation and its tragic consequences in the universally acclaimed The House I Live In

. After a galvanizing national theatrical release, this new classic of activist cinema arrives on DVD on July 2, 2013, from Virgil Films, carrying an SRP of $14.99. 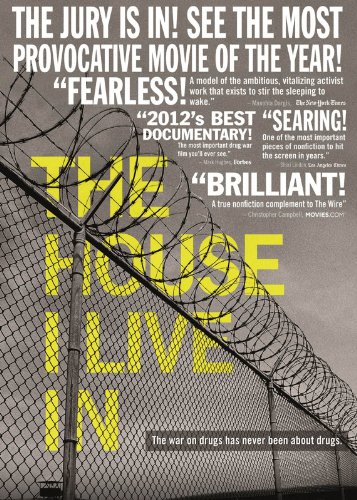 Eugene Jarecki, who memorably dissected the lead-up to the Iraq War in Why We Fight and has created indelible cinematic portraits of both Ronald Reagan and Henry Kissinger, has made his most compelling film yet. His vastly informative, passionate and eye-opening documentary lays out the government crackdown on drug use and distribution dating back to the Nixon administration. Interviewing judges, jailers, law enforcement officials, convicts and more, Jarecki shows how, for more than 40, the war on drugs has accounted for more than 45 million arrests, made America the world's largest jailer, and damaged poor communities at home and abroad. Yet for all that, drugs are cheaper, purer, and more available today than ever before.

Filmed in more than 20 states, The House I Live In

captures heart-wrenching stories from individuals at all levels of America's war on drugs. From the dealer to the grieving mother, the narcotics officer to the senator, the inmate to the federal judge, the film offers a penetrating look inside this unending adventure - and comes to the unavoidable conclusion that the war exists merely to keep America's prison system, and related law enforcement businesses, thriving. The film also points out the racial and economic biases and disparities that drive this tragic war.

Executive produced by Danny Glover, John Legend, Brad Pitt and Russell Simmons, and featuring as its most eloquent commentator The Wire creator David Simon, The House I Live In

It has drawn praise from across the critical spectrum. "Eugene Jarecki's documentary dissection of the war on drugs offers a powerful, despairing view of a crackdown that began in the Nixon era," said Entertainment Weekly's Owen Gleiberman, who gave the film an A grade. The New York Times' Manohla Dargis wrote, "A call to national conscience, the activist documentary is persuasively urgent. ... a model of the ambitious, vitalizing activist work that exists to stir the sleeping to wake."

"With The House I Live In

, a cogent look at America's failed war on drugs, [Jarecki's] work reaches new depth and urgency," said the Los Angeles Times' Sheri Linden, who added, "It's one of the most important pieces of nonfiction to hit the screen in years." "Jarecki's film makes a shattering case against the war on drugs," said the Chicago Sun-Times' Roger Ebert. "I'd hate to imply that it's your civic duty to see The House I Live In

The House I Live In