Two classic films that honor the military just in time for Memorial Day with John Wayne in a story set just prior to the invasion of Pearl Harbor and a hard-hitting personal story of an African American solider and the discrimination he faces during his service in WWII. Newly remastered in HD for the first time, these films have never looked better.

Home of the Brave

Newly Remastered in HD and on Blu-ray(TM) for the First Time!

(1942) stars John Wayne in a story set just prior to the invasion of Pearl Harbor and contains some of the most nail-biting aerial combat sequences ever shot. Home of the Brave

is a more hard-hitting personal story of an African American solider and the discrimination he faces during his service in WWII. Newly remastered in HD for the first time, these films have never looked better. SRP is $29.95 for the Blu-ray(TM), and $24.95 for the DVD. Pre-book is April 8th. 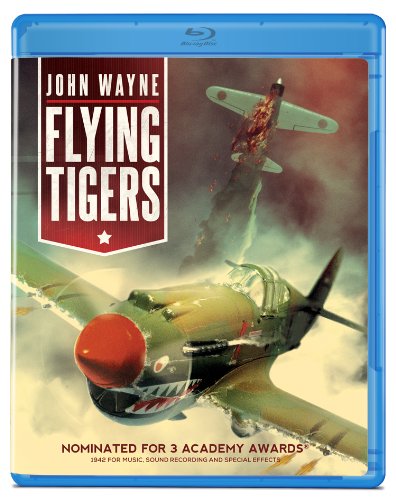 follows a small and daring band of American mercenaries who soared into battle against Japan in defense of China's freedom. The 'Flying Tigers' were heroic adventurers and America's hottest ace pilots. Possessing unmatched skill and bravery, Capt. Jim Gordon, played by Wayne, was the Tigers' leader and top gun. Gordon faces a battle on and off the ground when his good friend and ace pilot, Woody Jason (John Carroll, Hit Parade of 1943) is suspected of recklessly and selfishly endangering the lives of his fellow pilots. Gordon's fight to retain his respect for Woody while maintaining the solidarity of his pilots is an explosive battle of courage and heroism that lights up the sky with action. Directed by the great and underrated David Miller (Lonely Are the Brave, Sudden Fear) with rousing score by Victor Young (My Favorite Spy, The Quiet Man), Flying Tigers is a memorable story of daring, and was nominated for three Academy Awards(R). 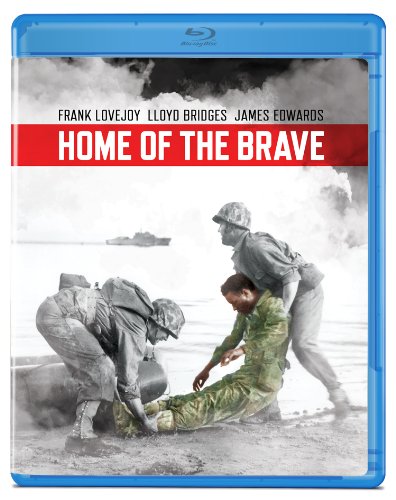 Based on a play by Arthur Laurents (Rope), Home of the Brave

recounts the story of a young black soldier who has suffered a nervous breakdown and developed psychosomatic paralysis. Crippled by rage and trauma, his condition was induced by experiences encountered during a reconnaissance mission combined with a lifetime of racial discrimination. He may be able to walk again, but only if he can overcome his anger and frustrations. The film's theme revolves around a diverse group of men subjected to the horror of war and their individual struggles. Home of the Brave

was one of Hollywood's first bold statements regarding the issue of race and the realities of war. The cast includes Frank Lovejoy, Lloyd Bridges, Douglas Dick, James Edwards, Steve Brodie and Jeff Corey. Produced by Stanley Kramer (On the Beach) and directed by Mark Robson (Champion) with a screenplay by Carl Foreman (High Noon). The National Board of Review named the movie one of the 10 best of 1949.