A singer's journey of self-discovery through the city, and the characters and experiences he encounters along the way. This tale is steeped in folklore, surrealism, and music, starring and featuring a score by the experimental blues and folk recording artist Willis Earl Beal.

on Blu-ray and DVD

"It's a marvel, a vision to feel and contemplate." - Alan Scherstuhl, The Village Voice "Every image in Memphis quivers with a poetic intensity." - Stephen Holden, New York Times "It worked its magic on me, and its meaning is something I take on faith." - Andrew O'Hehir, Salon.com "Captures the mood of the blues with pitch-perfect sensuality." - Richard Brody, The New Yorker

, about a singer's journey of self-discovery through the city, and the characters and experiences he encounters along the way. This tale is steeped in folklore, surrealism, and music, starring and featuring a score by the experimental blues and folk recording artist Willis Earl Beal. 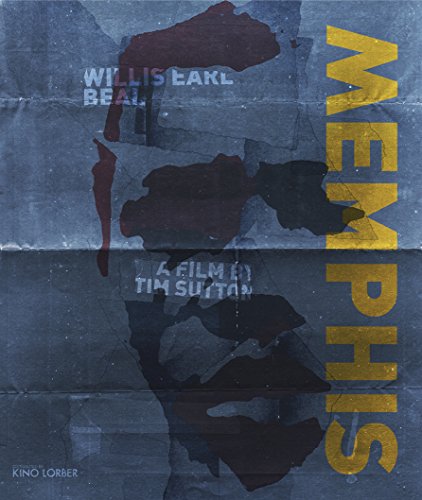 opened at New York's IFC Center in September before moving on to key national markets including Los Angeles, San Francisco, Seattle, Nashville, New Orleans and Washington DC. The film had its premiere at the 2013 Venice Film Festival, and was also an official selection at the 2014 Sundance Film Festival.

comes to Blu-ray and DVD on January 13, 2015, packed with special features including booklet essays by Robert Gordon, an extra scene - "Willis Meets the Prophet", an on-set interview with Willis Earl Beal, a podcast interview with director Tim Sutton, and Teenie and Charles Hodges of the Hi Rhythm Section in session.

SYNOPSIS:
A strange singer with god given talent drifts through the mythic city of Memphis under its canopy of ancient oak trees, shattered windows, and burning spirituality. Surrounded by lovers, legends, hustlers, preachers, and a wolfpack of kids, the unstable performer avoids the recording studio and is driven to spend time in his own form of self-discovery. Shown in fragments, his journey drags him from love and happiness right to the edge of another dimension.

is a film steeped in folklore, music, surrealism, and the abstract search for glory.

ABOUT KINO LORBER:
With a library of 1,000 titles, Kino Lorber Inc. has been a leader in independent art house distribution for over 30 years, releasing over 25 films per year theatrically under its Kino Lorber, Kino Classics, and Alive Mind Cinema banners, including five Academy Award(R) nominated films in the last seven years. In addition, the company brings over 70 titles each year to the home entertainment market with DVD and Blu-ray releases under its five house brands, distributes a growing number of third party labels, and is a direct digital distributor to all major platforms including iTunes, Netflix, HULU, Amazon, Vimeo, Fandor and others.