Sean Penn is the object of a deadly international manhunt in the pulse-pounding relentless cat-and-mouse game to take out the man who betrayed him. Directed by Pierre Morel and co-starring Idris Elba, Ray Winstone, Mark Rylance and Javier Bardemcostar in a hair-trigger thrill-ride across Africa and Europe. 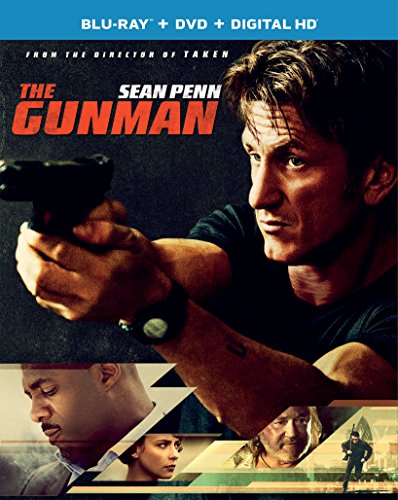 "The Gunman is a tight, taut thriller" --Steve Prokopy, Ain't It Cool News

, coming to Digital HD on June 16, 2015 and on Blu-ray(TM) Combo Pack and DVD as well as On Demand on June 30, 2015 from Universal Pictures Home Entertainment. The latest nail-biting adventure from director Pierre Morel (Taken), The Gunman

is an electrifying combination of suspense, non-stop action and sheer star power that Steve Prokopy of Ain't It Cool News calls "Spectacular!"

It has been eight years since Jim Terrier (Penn) worked as a black-ops assassin and now someone from his old organization wants him dead. Pursued across Africa and Europe by a team of elite hit men, Terrier is dragged back into his dangerous past as he engages in a relentless cat-and-mouse game to take out the man who betrayed him. Idris Elba (Prometheus, Mandela: Long Walk to Freedom), Ray Winstone (The Departed, Hugo), Mark Rylance ("Wolf Hall," Anonymous) and Oscar(R)-winner Javier Bardem (No Country for Old Men, Skyfall) costar in a hair-trigger thrill-ride critics are calling "Intense!" (Dave Karger, Fandango).

The Blu-ray(TM) Combo Pack includes a Blu-ray(TM), DVD and DIGITAL HD with UltraViolet(TM).
Blu-ray(TM) unleashes the power of your HDTV and is the best way to watch movies at home, featuring 6X the picture resolution of DVD, exclusive extras and theater-quality surround sound.
DVD offers the flexibility and convenience of playing movies in more places, both at home and away.
DIGITAL HD with UltraViolet(TM) lets fans watch movies anywhere on their favorite devices. Users can instantly stream or download.