200,000 years ago our ancestors took their first steps on the African savanna. Today, seven billion of us live across the planet. How did we beat the odds and spread from continent to continent? The series is a global detective story that traces the arrival of the first Homo sapiens on five continents.

Moved Around the Globe to Become its Dominant Human Species

on DVD July 7, 2015. 200,000 years ago our ancestors took their first steps on the African savanna. Today, seven billion of us live across the planet. How did we beat the odds and spread from continent to continent? The series is a global detective story that traces the arrival of the first Homo sapiens on five continents. 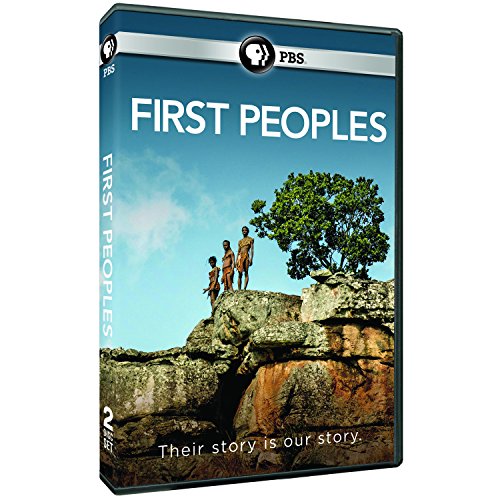 will be available on DVD July 7, 2015. The run time of this program is approximately 300 minutes on 2 discs and the DVD SRP is $29.99. The program will also be available for digital download.

tells the story of how early Homo sapiens moved around the globe and became the dominant human species. Each episode of the five-part series focuses on a different continent and meets the earliest Homo sapiens on that continent ¢ the Americas, Africa, Asia, Australia and Europe. Where did they come from? How did they get there? What role did art, culture and technology play in their lives? Whom did they meet along the way? It used to be thought our ancestors kept a distance from other types of human. But now DNA reveals they mated with them and interbred. As a result, our species is a patchwork of modern and ancient humans ¢ we are all hybrids.


With a camera crew winging its way around the world, First Peoples

dives into the underwater caves of Yucatan, soars above the Australian outback and journeys to the Himalayas. In every location, key experts are on hand to reveal their findings, but the biggest breakthroughs are taking place in genetic laboratories. It is now possible to extract high quality DNA from ancient fossils, and the sequences that emerge are re-writing the human story.


Episodes included on the DVD are listed below.

As early humans spread out across the world, their toughest challenge was colonizing the Americas because a huge ice sheet blocked the route. It has long been thought that the first Americans were Clovis people, who arrived 13,000 years ago. But an underwater discovery in Mexico suggests people arrived earlier Ś coming by boat, not on foot. How closely related were these early Americans to today's Native Americans? It's an emotive issue, involving one of the most controversial fossils in the world, Kennewick Man.

200,000 years ago, a new species, Homo sapiens, appeared on the African landscape. While scientists have long imagined eastern Africa as a real-life Garden of Eden, the latest research suggests humans evolved in many places across the continent at the same time. Now, the DNA of a 19th-century African-American slave reveals that during the early days of our species, our ancestors continued meeting, mating and hybridizing with other human types in Africa Ś creating ever greater diversity within us.

What happened when early humans ventured out of Africa and into Asia? Where did they go and whom did they meet along the way? The latest evidence suggests they left far earlier than previously thought and interbred with a newly discovered type of ancient human Ś the Denisovans, whose existence was established only four years ago when geneticists extracted DNA from a tiny fragment of finger bone. Because our ancestors mated with them, their genes found a home within our DNA. More than that, they've helped us survive and thrive.

When humans arrived in Australia, they were, for the first time, truly alone, surrounded by wildly different flora and fauna. How did they survive and populate a continent? There is a close cultural and genetic link between early Australians and modern-day Aborigines; here the ancient and modern story intersect as nowhere else. The secret to this continuity is diversity. Intuitively, early Australians found the right balance between being separate and connected.

When Homo sapiens turned up in prehistoric Europe, they ran into the Neanderthals. The two types of human were similar enough to interbreed Ś and both created artifacts of similar complexity. As more and more Homo sapiens moved into Europe, the balance of power shifted. Neanderthals were overwhelmed. Ever since, we've had Europe - and the rest of the world - to ourselves.

is produced for PBS by Wall to Wall Media, one of the UK's leading production companies, making high quality shows for broadcasters across the world. Series Producer, Tim Lambert, has made a number of shows about the crossover between science and history, including Guns, Germs & Steel (PBS); Neanderthal Code (National Geographic); Mankind - The Story of All of Us (History). Executive Producer, Jonathan Hewes has overseen major series for PBS including Black in Latin America and America Beyond the Color Line with Henry Louis Gates Jr. For PBS the series was overseen by Bill Gardner, VP, Programming and Development, and Bill Margol, Senior Director, Programming and Development.