After a virus born from their combined noxious waste and garbage of meth heads, junkies and degenerates infects a building’s residents and, one by one, they succumb to a terrifying pathogen that turns them into bloodthirsty, rampaging killers and transforms their building into a savage slaughterhouse. Directed by Eli Morgan Gesner, the film stars Dylan Penn in her film debut, Ronen Rubinstein, Lydia Hearst, Jon Abrahams, Honor Titus and Genevieve Hudson-Price.

Death is the Only Escape 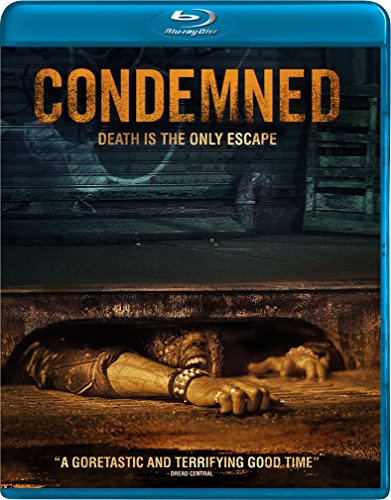 , fed up with her parents’ bickering, poor-little-rich-girl Maya (Dylan Penn) moves in with her boyfriend who is squatting in an old, condemned building on Manhattan’s Lower East Side. With neighbors that are meth heads, junkies and degenerates, this depraved hell hole is even more toxic than it appears: After a virus born from their combined noxious waste and garbage infects the building’s residents, one by one, they succumb to a terrifying pathogen that turns them into bloodthirsty, rampaging killers and transforms their building into a savage slaughterhouse.

RLJ Entertainment, Inc. (NASDAQ: RLJE) is a premier independent owner, developer, licensee, and distributor of entertainment content and programming in primarily North America, the United Kingdom, and Australia. RLJE is a leader in numerous genres including feature films and urban with distinct content via its owned and distributed brands such as Acorn (British TV), Acacia (fitness), and Athena (documentaries). These titles are distributed in multiple formats including broadcast television (including satellite and cable), theatrical and non-theatrical, DVD, Blu-Ray, digital download, and digital streaming.

Through Acorn Media Enterprises, its UK development arm, RLJE owns all rights to the hit UK mystery series Foyle’s War and is developing new programs. RLJE owns 64% of Agatha Christie Limited, which manages the intellectual property and publishing rights to some of the greatest works of mystery fiction, including stories of the iconic sleuths Miss Marple and Poirot.

RLJE leverages its management experience to acquire, distribute and monetize existing and original content for its many distribution channels, including its branded digital subscription channels, Acorn TV, AcaciaTV, and UMC – Urban Movie Channel, and engages distinct audiences with programming that appeals directly to their unique viewing interests. Through its proprietary e-commerce web sites and print catalogs for the Acorn and Acacia brands, RLJE has direct contacts and billing relationships with millions of consumers. For more information, please visit www.RLJEntertainment.com.