The Feisty and Fabulous Fifth Season Debuts on DVD November 4, 2014 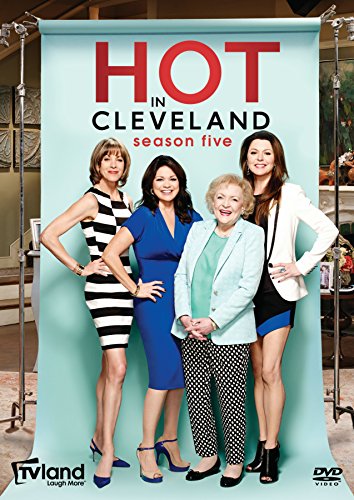 "Hot in Cleveland" delivers more twists and turns in Season Five, as the ladies juggle romances old and new, adopt a puppy and travel to New York to cross items off of their bucket lists. Watch as the ladies are under intense scrutiny by an FBI agent and Victoria goes to great lengths to keep her clandestine romance alive. With a second live season premiere and the first-ever animated episode, fans won't want to miss one minute of this hilarious season!

The Hot in Cleveland: Season Five

three-DVD set includes all 24 fun-filled episodes, including its landmark 100th episode. Arriving just in time for holiday gift-giving and the on-air premiere of Season Six, the DVD will be available for the suggested retail price of $29.99. "Hot in Cleveland" can be seen Wednesday nights at 10 p.m. on TV Land.

About TV Land
TV Land is the programming destination featuring the best in entertainment on all platforms for consumers in their 40s. Consisting of original programming, acquisitions, and a digital portfolio, TV Land is now seen in over 98 million U.S. homes.